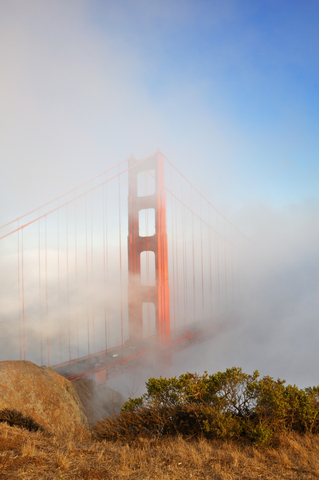 I’m sure most people who receive a diagnosis of cancer can remember when it occurred, the words used, and most importantly how they reacted. S. Goldberg (2004) Mt. Zion Cancer Clinic Magazine, December.

It was Monday, May 27, 2002 and the morning fog was clearing. Sitting in my kitchen drinking a cup of coffee, I watched the Pacific become visible. It would be a great day. Then the phone rang. “Good morning Stan”, my doctor said, “the results are positive.”

He kept saying soothing things to take the edge off the four words nobody wants to hear. After about two minutes I interrupted him, “you’re saying I have prostate cancer, right?”

Silence, then in a voice that could no longer soothe, “Yes.” For the next thirty seconds, my mind went from focused to Jell-O. Someone could have sung the Star Spangled Banner in my ear and I would have said “ah-hah.”

“I’d like to see both you and your wife later this week so I can explain everything once.”

And so my journey with prostate cancer begins, as does this journal documenting the paths I took. For three years my yearly PSA had been above 18. The calls from my primary care physician were always the same. “Stan, your PSA is alarmingly high, call the urologist for an appointment.” I’d call, make an appointment, and have a biopsy. For the last three years the results were negative. After each biopsy and before hearing the results, I read everything I found on prostate cancer; from medical journal articles to obscure internet sites on magical herbal potions. Then the negative finding.

“Your prostate is enlarged,” my urologist said. “just as it is in most men your age, but the pathologist couldn’t find any cancerous cells. We’ll see you again next year.”

For three years the conversation had been the same, and each year I threw my files away –refusing to ever again think about that walnut sized organ and the mental anguish and a weak urine flow it caused me. I would again recreate the files, but now it wouldn’t be an intellectual exercise. This time, I would use everything I read. I still was too numb to read. I downloaded information from some of the thousand’s of Web sites, printed them and made a new file folder. There would be time to read later.

“Prostate cancer is complex,” my urologist began at our 4:00 pm meeting. “There’s the size of the tumor, where it’s located and the aggressiveness of the cells. To understand it, you need to look at all three.”

Now I was in my element. As a clinical researcher and university professor, I love looking at complicated things and trying to understand what they are and how they work. I quickly took notes and frequently asked questions. When I didn’t understand, I asked him to explain in simpler terms. When he said something that was different from what I thought I knew, I challenged him to justify it. We spoke for over one hour. When I left his office, I knew I would explain everything this evening to my wife, Wendy. Then I needed to tell both my children. My daughter is working in New York City, and my son is in college in Arizona. Next, I would tell my brother, and finally my friends.

As I thought about what to tell everyone, I found my focus had shifted from dwelling on my problem to how it would effect everyone else. My cancer, while aggressive, was still in its earliest stages and contained within the prostate capsule, or so I hoped. It was very unlikely that it metastasized. I felt good about my prognosis, and so did my urologist. But I know the fear the word “cancer” has for most people. I decided to compose an email I would send after I spoke with my family. I titled it First the Good News, then ……..

in a national poetry/photography contest sponsored by the American

Society on Aging and the National Council on Aging. I’ve attached it here.

in the subject line.

I have prostate cancer. I thought it would be easier just telling everyone at

once. It looks like the cancer is confined within the prostate. Therefore, the

probability of it having metastasized is very low. If I have surgery, it

probably will be no earlier than the second week in June, after Wendy

begins recovering from her hysterectomy (I believe that’s called a gotcha!

line). We’ll be cranky with each other and Justin, who will be home for

the summer, will play nurse. If I opt for radiation, that will begin shortly. I still

have two more expert opinions to get.

So how is the poem and the cancer connected? – attitude. I’m convinced

recovery from things like cancer. I feel very positive about what I can do for

myself and the positive effects it will have. If nothing else, what a great topic

for a new poem or magazine article! “Me and My Prostate” for a title and a

picture of me holding the little rascal in my hand, smiling at it.

Get the picture? No gloom, no doom.

While I have been meditating regularly, I plan to become consistent and

associated with cancer. Time to loose weight and exercise regularly. So if

you see me thinner and buffed out, its not the cancer, I’m finally doing

something about my health. Funny isn’t it, how the thought of death makes

you take your health more seriously?

Love you all and take care,

Update 7 years after the diagnosis 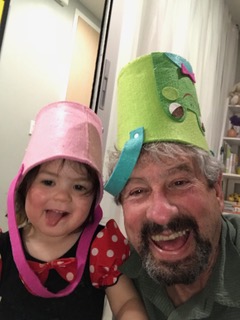 Complacent? When Living with Cancer No Longer Works 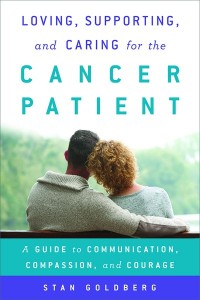 Loving, Supporting and Caring for the Cancer Patient