Understanding Chronic and Terminal Illness: A Guide for Healthy People 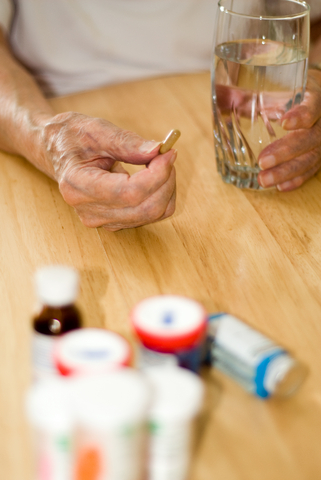 A client who was dying once said to me, “Every day I feel as if I’m on one of those exercise boards that rest on a ball. Just when I steady the damn thing, it starts moving and I’m struggling again to balance myself. Why don’t people realize that’s what my life has become?”
I’ve heard similar descriptions for thirty years from clients and patients living with chronic and terminal illnesses. Many believed that not only did they have to deal with the effects of their illness, but also the unskillful acts of friends and loved ones who didn’t understand what they were experiencing. And that’s the purpose of this article: to explain it.

There’s a constant interaction of elements that contributes to mood unpredictability in people with chronic and terminal illnesses. From my experience, the most critical ones appear to be a lack of control, loss, physical effects of the illness or medication, and uncertainty.

THE ELEMENTS
Lack of Control
Imagine for a moment that your attitude about living is heavily shaped by people, objects, and activities. It could be an abusive boss, a landlord intent on evicting you, or a car that constantly breaks down. While oppressive, you could act. You could move on to another job, find a new apartment, or use public transportation.

But what if none of these choices resulted in acceptable consequences? If you quit work, you might not find another job in this economy. If you gave up your apartment, you might become homeless. If you couldn’t afford to repair or replace your car and there was no public transportation available, you’d be stuck in your neighborhood. A lack of control would, at the very least, make you disagreeable.

People who live with chronic or terminal illnesses constantly experience a lack of control. If I have an advanced case of CPOD (chronic pulmonary obstructive disease), I know that without proper medication and the constant use of oxygen I’ll die. On one side of the scale is death. On the other, the side effects of the medication, minimal movement, and oxygen. No contest. I’ll choose the medical protocol—not because it’s something I desire—but rather because it’s something more acceptable than the alternative.

Loss
The feeling of losing something that gave your life meaning is profoundly upsetting. And it happens often with chronic and terminal illnesses. Unfortunately, the magnitude of loss is often thought of in terms of someone else’s sense of what’s important. An active person might think that no longer being able to walk is tragic, but the inability to knit is inconsequential. Yet for someone with rheumatoid arthritis whose entire life centered around knitting, the loss is devastating. Many chronic and most terminal illnesses result in life-changing losses. The ability to knit may disappear, but its memory is constantly present.

Physical Effects
We think with our minds, not our bodies. But we know the relationship between mind and body is strong. In my hospice work, I’ve watched how the physical effects of a tumor changed a calm, peaceful man into a paranoid, aggressive person. While he sometimes understood that the cancer was changing him, during those lucid moments he realized that he had no control over what was happening to him. The ability to think and act rationally can be effected by changes in metabolism and the occurrence of pain. I’ve never had a client or patient who chose to be moody or act irrationally. There always appeared to be a cause. And often it was a physical change.

Uncertainty
Most of us want predictability in our lives. If I buy an apple tomorrow I expect that it will taste similar to the one I ate yesterday. When the traffic light turns green for me, I expect cars to my left and right to stop so I can go through the intersection without being hit. But what if that apple I had yesterday tastes like an onion today or it became optional for anyone facing a red light to wait until it turned green? I could stop eating apples and wait until no cars were present before going through a green light. But what if the unpredictability spread into other areas of my life? My anxiety would become palpable. We may want some uncertainty and a bit of spontaneity to spice up our lives, but it’s predictability that allows us to function sanely on a daily basis.

For many people with chronic or terminal illnesses, predictability may be an illusive state of being. One day, the illness is controlled either by medication or who knows what, the next day it comes on with the power of a sledgehammer. On good days, although there’s jubilation, there’s also the fear that the reprieve will end. On bad days, there’s the fear that it will persist and never relent. Wondering if the pain will ever stop might make it difficult for someone to be supportive when a friend complains how his wife never lets him choose the movie they’re going to.

For someone with a terminal illness, there is certainty, but it’s not desirable: there’s the knowledge that the illness will continually progress. The uncertainty involves the course it will take. People with terminal illnesses often wonder how much pain they will have to endure or the extent of reduced abilities until the body just gives up.

It is difficult to prevent the effects of any one of the above elements from having a negative impact on relationships. Living with all of the elements, and quite often having to deal with them simultaneously, is mind-boggling. Experiencing chronic and terminal illnesses is not a static event. It’s constantly changing as each of the elements takes its turn effecting one’s mind and personality.

Some very wise people maintain that illness doesn’t necessarily have to control the mind. By understanding that pain and suffering aren’t internal, but rather our reaction to events, the effects of chronic and terminal illnesses can be reduced or eliminated. As a Buddhist for most of my adult life, I would like to believe that. But as someone who has been involved in the lives of people who have chronic and terminal illnesses, I know the difficulty in believing in a concept when all you can think about is the loss of something that was critical to your happiness, unrelenting pain, or a future envisioned, but unobtainable.

What I have found that’s comforting to people I serve, is the expression of acceptance and compassion for what they are experiencing. The anger and sarcasm vented in my presence is rarely about something I have done (I certainly hope not!). But rather, it’s the effects of trying to balance that board on top of the ball. As a monk once said to me, “We do the best we can, given the circumstances of our lives.” So when someone you know who has a chronic or terminal illness appears to be cranky, unappreciative, aggressive, or distant, it’s not about you. The balance is probably out-of-wack.