Dying the Way We Live 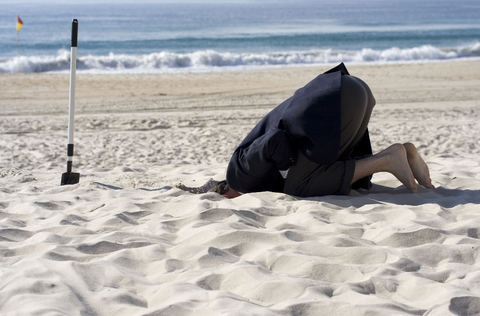 People who were dying in the Middle Ages said their goodbyes, gave away the furniture, and just stopped breathing. The non-event was witnessed by friends and family, who, at the moment of death absconded with anything of value. Later, they might gather to either celebrate or deride the person’s life. Today, although we rarely fight over furniture, we do something worse.

We layer death with a multitude of screens, hoping to hide the elephant in the room. Today, instead of welcoming death as the greatest of all life coaches, we dread its appearance as if it is an embarrassing relative at a family gathering.

As a bedside hospice volunteer for the last seven years, I reside in the elephant’s footprint. What I’ve learned are lessons from people who invited me into their lives as they approached death. As I watched their transformation and growth, I felt as if I was experiencing the peeling away of an onion’s layers.

When someone knows they don’t have much time to live, things that were once thought important—such as roles, egos, and societal niceties—are shed as quickly as one takes off a winter coat in a hot room.

What’s left is an understanding about what’s important in life and an honesty often painful to witness. From their words and actions comes wisdom that cuts to the core of what it means to be human.

I’ve learned the way we choose to live, usually becomes the way we are forced to die. If you want an easier death, lead a better life.

Below are seven of the many lessons I’ve learned from my patients. They aren’t just lessons for how to die better, but also how to live well.  Each of these lessons and the stories that generated them are found in my memoir, Lessons for the Living: Stories of Forgiveness, Gratitude, and Courage and the End of Life.

Asking for Forgiveness. Asking to be forgiven for unskillful acts or words can be soothing, if not curative, even if forgiveness is withheld.

Letting Go. By not letting go of things that no longer make sense, we not only hurt ourselves, but also others.

Giving. Giving isn’t analogous to a business contract where if something is given, something is expected in return. Giving should be unconditional with no expectation of reciprocity: you give because it’s the right thing to do.

Heart Communications. It was only when I served people who were dying that I realized the use of words and language often get in the way of the emotions we wish to convey.

Showing Compassion.A measure of compassion is the effect it has on the person experiencing it, not the largeness of the effort.

The Dilemma of Hope. I’ve never underestimated the power of positive thinking. But I found by hoping that one’s life will get better, people often neglect improving their present situation. Instead of tying up loose ends near death, people often waited, hoping for a miracle to happen. “Hoping” for the best in the future often results in not doing something meaningful in the present.

Forgiving. We often hold on to an emotional pain as if its continuation validates the injustice we experienced. The Tibetans have a saying, “You can throw hot coals at your enemies, but you’ll burn your hands.” Forgiveness does not mean that an act of cruelty was justified. Rather, it implies an understanding of why it occurred and allows one to move on positively with their life and death.