Memories: A Call to Reconnect 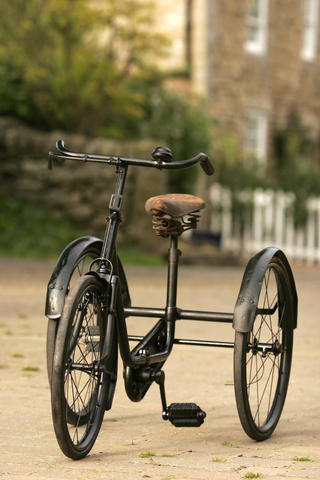 Memories: They both comfort and torture us. S. Goldberg, examiner.com 2010

Did you ever have a memory that rode into your consciousness on the back of a passing odor, object, or random word? Something you desperately tried to forget? But despite your best efforts, it still seeped through your emotional protective wall as if the wall was made of cheesecloth.

I knew I would have one of those experiences if I attended the rededication of the Zen Hospice Project’s Guest House in San Francisco, the site of my initial hospice training and service as a bedside volunteer. For seven years it remained closed, a victim of insurance over-caution following 911. There would be memories, both joyful and painful. As with so many other things now in my life, I resisted the emotionally safe thing to do, and decided to attend.

I entered the beautifully refurbished Victorian and roamed through the rooms where my life was transformed. The renovations, as amazing as they were, were crowded out by the memories of friends who had welcomed me into their lives and graciously showed me how to live, and yes, how to die.

As I returned to the main meeting area someone said to me, “Isn’t the remodeling beautiful?” I smiled, nodded, and said “Yes,” although I was unable to remember even the color of the newly painted walls.

For me, the beauty was in the memories that followed me from room to room: The hostile heterophobic who reluctantly accepted my “straightness” and welcomed me into his life. The very proper university professor who thanked me every week for three months for emptying an overflowing urinal, and a multitude of other people who invited me into their lives at its most vulnerable time. As I left the dedication service, the memories lingered, almost as if they received a shot of adrenalin.

What I’m beginning to understand is that our memories serve as wake up calls when our hearts try to disengage from the world. Memories don’t just bring the past into the present, they say “Hay, why aren’t you feeling me anymore? What are you afraid of?”

It may have been the love lost when a partner of forty years is gone; the joy experienced by completing sub-four-hour marathons now replaced by slow walks around the block; the social connectiveness that evaporated when a job was outsourced; or the friendship you mourn whenever you drive past the house of someone who rejected you.

Unfortunately, we live in a world populated by disquieting events and people. Our usual method of minimizing their effect is to isolate the memories and hope they will remain incarcerated in a hidden, rarely visited part of our subconscious. But, with the persistence of a telemarketer they return, bubbling up at the most inappropriate times. And when they do, we try to push them back—repeatedly. It might be time to try a different approach.

There is an old Tibetan saying, “bring closer to you those things that are the most frightening in order to render them harmless.” As painful as this idea might be, the act of allowing the memories to resurface can smooth down its edges, and sometimes even change the painful memory into self-knowledge that’s transformative.  It’s good to have you back Guest House, my heart missed you.