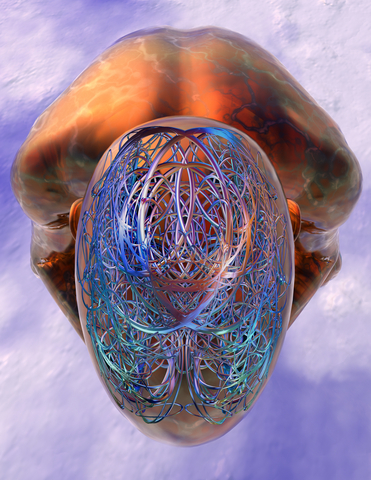 When I gave a workshop on change at a well-known retreat center, one participant told me that this was the tenth week-long workshop he attended in the past five years.

“I’m looking to find meaning in my life.”

What I wanted to say was “why not stop looking and do something instead?” Trying to be compassionate, I nodded as if I understood, but didn’t.

We often look for meaning in our lives by relying on gurus, enrolling in workshops, seeing psychotherapists, and meditating for hours. And when we fail to achieve the success expected through these approaches, we may blame ourselves for not being sufficiently committed to change, rather than questioning the path’s validity. It’s analogous to the old story about a student seeking enlightenment.

The student would sit meditating for long periods of time, waiting for enlightenment to engulf him. A teacher, watching him for weeks, sat down next to him and grabbed a piece of broken pottery. Without looking at the student or saying anything, he placed the chard in his lap and began rubbing it with a filthy cloth. After two hours of silently watching the old man, the student asked a question.

“What are you doing?” he said.

“But how can you make a mirror by polishing a pot shard with a cloth?”

“How can you become enlightened by just sitting?”

There is nothing wrong with attending lectures given by knowledgeable people, or meditating on a specific problem (or on nothing), or going on an introspective journey. Each can contribute to making one’s life better. But, none, either singularly or together will provide the wisdom that comes from engaging in the world.

There is a Buddhist belief, that only by moving into the sharp points in life—those things that we fear the most—can one grow. I doubt few can say they transformed their life by laying on a beach in Hawaii, looking at the waves, and being served Mai Tais.

I believe personal transformation is related to struggle—anything that moves us away from our comfort level into a zone of uncertainty. And there’s nothing like community service to offer a smorgasbord of sharp points.

When you serve others there is no theory, no distance between what is happening and you. It takes you from being an observer to a participant, getting your hands dirty by immersing them into the lives of people who need you.

I witnessed it with those who volunteer in hospice and with family caregivers of chronically and terminally-ill loved ones. Many of their life-long problems that were unsuccessfully treated with psychotherapy or repeatedly addressed in growth workshops, became trivial by comparison to the problems of the people they served. How can one remain obsessed with a stagnating personal relationship when someone you are serving who has no friends or family looks to you for comfort?

I remember a person at one of my workshops who said throughout his life he struggled choosing  between options, such as which of two equally wonderful jobs to accept. According to him, the inability to make a decision was the basis of a history of anxiety and endless “What if…” scenarios. That changed when, as a volunteer for a cancer support group, he was asked by a young woman to help her decide if she should continue heroic medical efforts to prolong her life in pain, or to enter hospice and allow the cancer to progress.

The essayist H.L. Menken wrote, “We are here and it is now. Further than that, all human knowledge is moonshine.” Meditation and insight therapy aren’t necessarily moonshine, but neither should they be confused with knowledge. I know my friends who are mediators and those involved in insight therapy will disagree. They forcefully argue that both can lead to an understanding of what’s involved in precepts of living such as acceptance, compassion, living in the moment, and gratitude, among others.

But how would their understanding of acceptance be changed if instead of thinking about it, they listened to a mother who realized her five-year-old severely disabled son will need supportive care throughout his life? Compassion, by feeding a dying AIDs patient no longer able to hold a fork? Living in the moment,as theywatch a mother cradle her terminally-ill newborn during a surprise Mother’s Day party? Andgratitude, in the gentle kiss of a man with ALS as they help him prepare to die?

Yes, it is possible to have a distant understanding of these concepts through meditation and insight. But for me it’s the same as a physician, who, having completed medical school first in his class, performs an advanced open-heart surgery without ever having touched a scalpel.

The mathematician and humanist, Jacob Bronowski said the world can only be grasped by action, not by contemplation. There’s a story of a young man who came to a monastery hoping to learn the secrets of life from an enlightened old monk. After being there one year, he was allowed to ask the master one question.

“Master, what is the secret of life?”

“Have you eaten your rice gruel?” the old man asked.

“Then go wash your bowl.”

Maybe we need to listen to the old master and wash our bowls rather than thinking about doing it.