When You Can’t Let Go 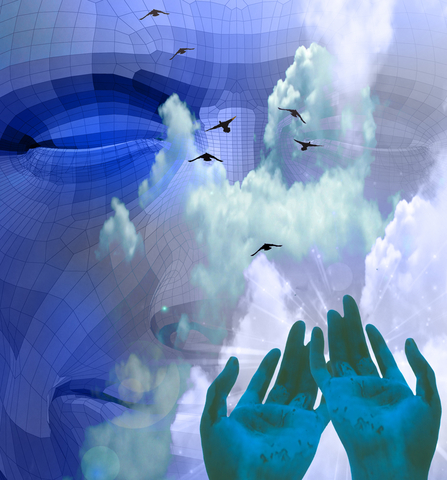 Whenever I hear about the importance of letting go of the past, I think about a conversation I had with my mother more than thirty years ago. She emigrated to the United States from Poland when she was six years old, just before the rise of Hitler. Her memories of Poland and the indignities she suffered as a child because she was Jewish, would resurface whenever there was a discussion about Germany, Poland, the Nazis, antisemitism or Volkswagens. Whatever she experienced as a child was still vivid sixty-five years later, and worse, the memories repeatedly pulled her back to the past.

Leaving the Baggage Behind

I didn’t understand the full impact of her past experiences until I visited the Buchenwald concentration camp and stood on the same ground on which many of my mother’s family died. As I looked out to where indescribable atrocities were committed, I wondered how anyone involved in the events that occurred there could leave that baggage behind—whether they were a holocaust survivor or the child of an SS officer. But we don’t need to look for extraordinary events to understand how difficult it is for many people to leave the past behind. Everyday occurrences, while not necessarily as dramatic, create similar dilemmas. For example, how does a woman whose husband left her when she became ill, let go of intense feelings of abandonment? How does a mother who held her infant as she died forget the dreams she had for her child and herself?

Answers regarding how to let go of the past often refer to what the person is doing wrong that prevents them from living in the present, such as believing in false identities, not accepting impermanence, elevating “self” rather than “no-self,” just to mention a few. They are all explanations of why the past exerts control—illogical thinking. But few contain suggestions for how to release the grip, other than to think more rationally.

Yet it is the how of living—those messy, transient,  undisciplined things—that transform ageless concepts into something more useful than repeatable quotes.

When I’ve attended workshops and asked how to implement the wisdom the speaker was espousing, I often felt as if I asked someone how to drive to New York from San Francisco and told “Go east.” Accurate, yes, but not very helpful. A similar philosophy became popular a few years ago when a running shoe company created the advertising slogan “Just do it.” The implication was that there were some things in life that should just be done, not analyzed. The idea of focusing on the what and assuming the how is self-evident creates problems whether it comes from a basketball player—who having practiced thousands hours—describes the arc of a three-point shot; a Buddhist monk—who having spent his life in monastic study—lays out the wisdom of the universe, or my shakuhachi (Japanese bamboo flute) teacher—who having studied and played the instrument for sixty years—instructs me to see music through my “third eye.” As someone who is too short to play basketball, isn’t enlightened, and began studying the shakuhachi too late in life to ever know it intimately, I need more than what suggestions. “Go east” doesn’t work when I’m trying to understand something I’ve never done or have had limited experience doing.

The notion that learning is more meaningful when one struggles to obtain knowledge never proved fruitful when I worked with children who had learning differences, nor with adults as they struggled to make sense of their lives as they approached death. The “Eureka!” experience one has by stumbling upon knowledge is often outweighed by the frustration and guilt experienced along the way when success appears elusive. And learning research bears out this point: success leads to more success in learning and failure only leads to more failure. Implementing great ideas, such as living in the present, takes more effort than just articulating the words—regardless how much we accept them or idealize those who espouse them.

I’ve come to believe that the degree to which someone is able to move into the present partially depends upon the severity of a past loss or injustice. And the more severe, the more important are how suggestions. For example, it’s probably easier to leave behind an intensive, but short love relationship, than it is the death of a spouse one had a symbiotic relationship with. Rejection from a friend may be easier to get over than the abandonment one feels when a livelong partner leaves for someone much younger.

Knowing that one should relinquish the pain of what no longer exists doesn’t necessarily provide the tools for understanding how to do it. And when people believe it should, the resulting guilt just adds to the past’s baggage. What people should be able to do and what they may be capable of, may have as much a gap between them as Tea Party stalwarts and progressives in the United States. So what can we do to not allow, or reduce the influence of our past on our present? It involves understanding why unskillful acts occur. And to do that, means accepting the validity of value systems that may be significantly different than our own.

Understand If You Can’t Forgive

With some of my hospice patients, the psychological pain many experienced earlier in their lives overwhelmed their consciousness at the end of it. Tragically, instead of trying to make sense of their lives, thanking loved ones, asking for forgiveness, and allowing themselves to be forgiven, they focused on something in their past that was very painful. For one month a patient told me the same story every time I visited her. She would go into detail about how her fellow teachers rebuffed her and the immense pain it caused. Even knowing she had little time left, she dwelled on an injustice she experienced more than fifty years ago. For her, the pain of rejection began to diminish when she understood that often unskillful acts are more about the needs of the “perpetrator” than the deeds of the “victim.” She never was able to forgive her colleagues, nor forget the pain they caused. They did something that was so antithetical to her own values, that it went beyond cruelty. Her death was made easier when she began to understand that their hurtful behaviors were more a reflection of their needs than anything she did.

“Understanding” may not have the redemptive quality of “forgiving,” or as powerful in releasing past demons. But it does enable a person to view an unskillful act directed against them within the context of the other person’s value system. In 1965 when I was in Montgomery, Alabama, I viewed the behaviors of the mounted police within my own value system-liberal, committed to civil rights, belief in equality, etc. What I experienced shaped my attitude toward southerners for many years. It was easy for me to be critical of what they were doing, based on how I thought I would behave in their circumstances. Despite meeting many southerners years later who espoused the same values as I did, my history colored my perception of what I thought motivated their words and actions—ones I would have found positive coming from someone not from the South.

Forty-years later I had a hospice patient whose great, great,  grandparents owned slaves, believed in the righteousness of the confederacy, and he, like everyone else in his family, had a very dismal view of anyone like me. He shared his history with me as I sat with him near the end of his life. It was then that I realized if I had been born in the 1930’s in Alabama and inculcated with the values of that society, I could have become as brutal as the mounted policemen who tried to knock my head off, because they felt it was the righteous thing to do.

Everyone embodies the history of their experiences and whatever changes occur in our present lives happens within that context. The more devastating the loss we have suffered or the injustice, the more likely there will be a problem moving on. That includes our ability to let go and how we choose to accomplish that. Being told what we should be able to do may not be that helpful. Learning how to do it is.

So the next time you try to let go of a past traumatic event and can’t, don’t feel guilty. Don’t repeat quotes to yourself of what you should be thinking. Rather, try to understand why someone did or said something you would never do. A very young, but wise monk once said to me, “We do the best we can given the circumstances of our lives.” And I think it’s understanding the circumstances of unskillful behaviors that puts us on a road to New York rather than just heading east.