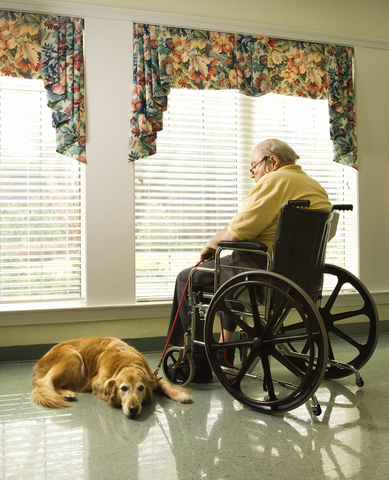 The good news is we are living longer. The bad news is it’s taking us longer to die. Soygul Rinpoche, the Tibetan monk and philosopher said that “Death is no big deal. You breathe in, you breathe out, and then you don’t breathe in anymore.” As a hospice volunteer for eight years, I would agree. But I’ve found the big deal is the journey towards death—aging. In the middle ages, most severe illnesses were followed quickly by death. Today, new medicines are allowing millions of older people to live longer. But longevity often comes with a price—the loss of dignity.

I visited a woman who was dying of lung cancer in a nursing home. What should have been the most spiritual time of her life became a nightmare. Not because staff weren’t compassionate—they were. Although she was occasionally delusional because the cancer had spread to her brain, moments of lucidity far outpaced the fantasies. When alert, she was treated as if she was either a child or someone who could no longer reason. She was neither. She confided in me that the worse thing was neither the pain nor the frightening delusions. It was the loss of dignity.

As a society, we often forget that people partially define themselves by how others treat them. Many people equate age with diminished capacity until they become “older” and treated as the village idiot because they forgot a name, lost the ability to be socially appropriate, or took a little longer to respond than a thirty-year-old.

Any adult over 60 with children has experienced their offspring’s attempts to reverse roles. And as we age, the efforts become more pronounced and annoying. I remember a twenty-something computer store employee explaining to me how to run a simple software program as if I was a child who never got beyond crayons. It was irrelevant to her that I began using computers before she was born. The only thing she saw was my age. It wasn’t disrespect, but rather assuming that needing extra time to process verbal information was the same as reduced cognitive functioning.

As people age, many culturally dependent behaviors diminish and some eventually disappear. When superficial layers of  one’s ego drop off, what’s left is the core of a person’s being—not necessarily their charm or witty demeanor—but core characteristics of being human.

What many younger people misidentify as “childlike behaviors,” are really behaviors stripped away of superficially and are as honest as those of a child before she or he learned to “shade” the truth. Honesty should never be confused with diminished cognitive ability. We often focus on what is no longer there, rather than what’s left.

We’re living longer with new medicines and earlier detection of life-threatening illnesses. Those of us who are aging may still be cognitively intact, but need to do things a little differently. It may take us longer to process information, but that doesn’t mean our brains have become as porous as a sponge cake. And even when there are cognitive impairments, such as with Alzheimer’s and other dementias, the emotions felt before the ravages of the disease, are still there. They are just expressed differently.

Unfortunately, many people assume that with aging, relevant, meaningful choices can no longer be made. I’ve often heard, “I know what’s best for Mom (Dad).” Assumptions are made that the elderly can’t decide for themselves what is best for them—from what to eat for breakfast, to the decision to die.

There’s a widely-held belief among family caregivers that their worldview is identical to the person for whom they are caring. It rarely is. The perceptions of a healthy forty-year old who believes he’s invincible can’t be the same as a 70-year-old in poor health who realizes she doesn’t have long to live. For example, most people believe cleanliness is important. And therefore, an incapacitated loved one should be washed. But how do you balance your belief in the importance of hygiene with a parent who values modesty–especially when they are told they will be washed by a new healthcare worker of the opposite sex?

Often, how we make decisions is dependent upon our values, needs, and expectations. The same is true for the elderly. Maintaining their own sense of dignity, regardless how they define it, is just as important, or even more so, than being clean or well-fed.