The Psychology of Pain: It’s Not What You Think 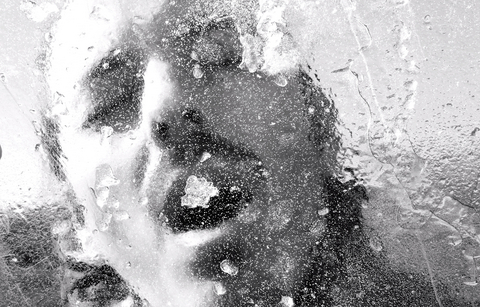 What would you do if you learned from this moment until you died you would be in pain? Not something mild like an occasional headache, but something that overwhelms every one of your thoughts, feelings, and actions.

For those who are willing to think about this very uncomfortable possibility, your answer might be based on a theoretical, religious, or spiritual conviction. You might think about something you’ve read or a workshop you attended where it was asserted that with enough focus, the mind can reduce the severity of pain, or even eliminate it. And in looking back at your past, you may find instances of being able to do just that.

I recently read a book written by a well-known awareness advocate who wrote that with sufficient focus on the present, a person could separate herself from the pain that was being experienced.  A religious writer wrote about the redemptive value of pain as if it was in the same category as a confession. The problem with many of these books on pain management and acceptance is that it presents a picture of what someone who is experiencing pain should be able to do. Often in these books pain is described as something that is static and bounded by specific borders (i.e., in pain and out of pain).

As someone who routinely sits with people suffering intense pain at the end of their life, I’m constantly amazed by the discrepancy between what many writers describe that the mind is capable of doing and what I see it doing. It’s analogous to looking at a 1930’s map of Los Angeles and trying to find a road in a section of the city that didn’t exist until 1960.

I’ve always found more truth in what I experience rather than what I find in theories. And that’s the case with pain. As I recover from a successful total hip replacement, I’m trying to understand the psychology of pain. Both from my perspective and those of the people who I serve, who knew that although the palliative medicines they received made the pain “tolerable,” it would remain present until they died, which for some was measured in months. For those with chronic illnesses, the time frame was years.

So what follows is a personal perspective, devoid of theories, concepts, or even the latest research on pain management. It’s a view of pain that I think will resonate with those who experience it, provide a roadmap for those who will eventually experience it, and hopefully help family and professional caregivers who are responsible for loved ones and patients living with it.

THE INSTRUCTIONAL NATURE OF PAIN
If you view yourself as a compassionate human being, don’t ever try to convince someone  who is experiencing pain that there is much to be learned from it. Yes, it can be instructive, as I am sure it was for an Abbess of a northern California Buddhist monastery who was dying from cancer accompanied by intensive pain, and thanked the Buddha each evening for one more day to achieve enlightenment. I think most people who experience pain would prefer a lucid conversation with a friend over a bottle of 30-year-old rum. Pain is a sharp point of living that you may not be able to run away from. But it shouldn’t be romanticized.
PAIN REDUCTION THROUGH AWARENESS OR CONCENTRATION
There is no question that meditation can reduce the pain associated with some things like a headache, sprained ankle, or localized pain associated with the healing of surgical sutures. But once we go beyond these types of pain, we enter into a very different world.

A few years ago when I was rushed to the hospital because of intense chest pains I was unable to use any of the meditative techniques that had been successful after a past surgical procedure. Was it because my skills as a meditator dwindled? No. The pain was so intense that there was no room for anything else in my consciousness. Not my practice, not what I thought I would experience before I died.

Fortunately, it wasn’t anything serious. But, it definitely was a “teachable” moment that made me realize the discrepancy that exists between what we think we are capable of doing, and what we can do in the presence of excruciating pain, may be unbridgeable.

Think about a child’s teeter tooter. If both children weigh approximately the same, the slightest amount of added weight on either end will pull that side down to the ground. A little more focus, and the pain can be minimized. But what happens when the child at one end weighs twice as much as the other child. Or three, or four times the amount? A little more focus may have no effect on reducing the pain other than making us feel guilty about not being able to endure or control it.  I think it might be similar to a husband telling his wife who is in labor how important it is to relax.

THE SPECIFICITY OF PAIN
When most people think about the pain, they’re thinking about a specific time period—when it’s happening. But pain has porous boundaries. For example, after my surgery I knew that once my non-operated leg was in bed, I would have to lift the operated one. And while I wasn’t feeling any pain at that moment, I anticipated what I would be shortly experiencing. And the reverse happened when I got out of bed. The actual pain lasted only a few seconds. But the anticipation of it continued as long as I thought about it.

Pain is not confined to just when it is experienced.  Sometimes the dread of  anticipating it is more debilitating psychologically than the pain itself. Imagine being faced with making a decision to do something you know will cause you immense pain, but something you know has to be done. And if you had to make that decision, as people with chronic and terminal illnesses do every day—maybe dozens of times a day—how much would that change you? It’s not only pain that changes personalities, but also the anticipation of it.

THE UNPREDICTABILITY  OF PAIN
A hospice patient once said to me that she had learned to live with her pain. What caused her the greatest problems was not knowing how long it would last, or once relieve came, how soon it would leave. With pain often comes uncertainty. How intense will it be this time? How long will it last? How much will I be able to endure?

I don’t think my personality changed during the first three weeks of recovery. Even though I asked myself the above questions every day, I knew the pain would eventually cease. But what would have happened if this was just the beginning of a chronic pain disorder, rather than the end of a successful recovery? I believe the longer someone suffers with pain, the more likely there will be changes in their personality. As a friend, or caregiver you need to be prepared to accept the changes and understand that the person you knew before the acute pain began may not be the same person you are caring for.

USING PAIN MEDICATIONS
Without getting into the intricacies of palliative medicine (pain reduction), let me say that I’ve found the fear of becoming addicted significantly outweighs the likelihood of it happening. And doctors who are palliative care experts are very adept in managing it. Although many people react differently to pain medications, here are some generalities that may help you understand it. But of course, discuss these recommendations with a physician.

1. Increasing Pain. As the pain increases, more or stronger medication is needed.

2. Subjectiveness of Pain. The widely used pain management system (numbers 1-10) is subjective. What someone says is their pain number should be accepted. The person who is not experiencing pain is not in a position of telling someone who is that they’re exaggerating. The correct pain number is what a person who is experiencing says it is. Period!

3. Keeping Pain Manageable. Don’t wait until the pain is unmanageable. There’s no place for a stiff upper lip in pain management. And current research indicates that adequate pain management positively affects healing. It’s much easier controlling pain that’s less severe. Another way of deciding whether it’s time to use medication is being aware if the pain remains at the same level or is trending up. It’s important to stop the acceleration.

4. Don’t Wait. The longer you wait in a pain cycle to begin medication, the longer it will take for it to be effective, and the more you’ll need.

5. Palliative Intervention. Think of palliative (pain) intervention not only as a way of combating pain, but also preventing it before it  becomes intolerable.

DISTRACTION, NOT AWARENESS
I know many of fellow Buddhists believe that awareness and living in the present is important. Logically, that would mean that those who are in pain should focus on it to overcome it. It’s been both my personal experience and experience with patients in acute pain that the opposite is more successful. For me, it’s either playing my flutes or listening to a Brahms Sonata. For one of my patients it was the TV Soaps. For another, his pain diminished when I read to him.

Although it’s possible to go into a long discussion on the physiology of distraction, it makes more sense knowing that it works.

We don’t like thinking about acute pain. And definitely reading about it doesn’t rank very high. Yet, millions of people experience it everyday and have trouble understanding why others react to them in a way that questions the legitimacy of their feelings. Hopefully, this article will shed some light on this misunderstand area of a part of life.