The Need for Stability: Part III-Five Ways To Introduce It 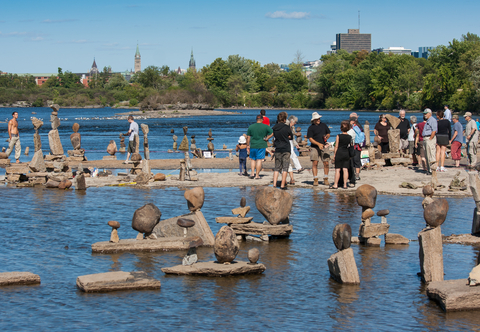 Stability, as we age, is more important than excitement. In Part I of this three-part series, I explained the role of stability in aging. In Part II I elaborated on its role in chronic and progressive illnesses. In this final article of the series, I suggest five ways of introducing stability into your life or the life of the person for whom you’re caring.

There are many ways of introducing stability into one’s life. Here are five that worked for my patients, clients, and myself. They are not listed in terms of importance or ease of accomplishment. What’s best is what works for you or the person you are serving.

Twenty years ago my wife suggested the family take a cruise for Christmas advertised as a “trip to the Mexican Riviera.” I agreed to the trip although I didn’t consider Ensenada, Catalina Island, and San Diego to be Riviera-type destinations. I hated it; from the 2nd rate nightclub shows to the all-you-can-eat tables of food, to crisping on the narrow area next to the pool too small for swimming a quarter lap.

In a few weeks, my wife and I will cruise on the Danube, and I’m looking forward to it. There won’t be any embarrassing nightly shows, and my perspective on the food will be different. Who knows, this may be my new favorite form of vacation. Of course, viewing the site of the Nuremberg Trials will be more interesting than spending the day in Ensenada buying knockoffs. But there’s something else: I’m twenty years older and have different needs.

I don’t handle change as easily at seventy as I did at fifty. I’m not losing interest in life or preparing to die. Rather, neurologically my brain is a bit more resistant to change and finds comfort in stability more than it does “newness.”

Simplicity introduces stability in life whether it involves structuring your finances to organizing tools in your workshop.

The notion multitasking is an admirable quality is overrated. In fact, current cognitive research indicates it reduces the quality of work performed.

Think about your brain’s ability to perform tasks as if it is a 10” pie. Focusing on one task at a time would be using the full 10” of your brain’s capacity to perform it. Introduce two, three or more activities, and the brain now has to divide its ability. It doesn’t make sense a brain simultaneously engaging in three activities can be as effective as a brain focusing on only one thing. Experiments confirm this belief.

Multitasking may result in doing more things simultaneously, but it affects the quality of the output, even if one of the activities requires minimal concentration.

I led a workshop at a west coast retreat center where perplexed participants fretted over deciding between two or more wonderful choices, such as going to Paris or Budapest. Regardless which city the person chose, they felt either experience would be delightful. The act of choosing was difficult.

We spend endless hours wasting our energy and jeopardizing stability by fretting over choices with minute differences, such as rethinking what to order from a great restaurant’s menu.

Don’t be concerned about choosing the “best” when  you’ve narrowed the choices to only acceptable ones, You’ll be happy regardless what you choose.

Going on a cruise in the past was antithetical to my self-image; an active person who could manage his affairs regardless of the country in which he traveled. Old, infirmed, or dull people cruised, not me. In the past, I didn’t think I fit in any of these categories. Now, I’m looking forward to the cruise. Not because I slipped into these caricatures, but rather because my needs changed with age. Cruising feels right, or I believe will produce less anxiety and more stability than booking travel in countries where I don’t understand the language.

There’s a TV show called Bizarre Foods hosted by Andrew Zimmer. At the end of each show, he advises viewers to be willing to try strange foods. His tag line is “If it looks good, eat it.” The same applies to behaviors and actions. If it feels right (reduction of anxiety and increase in stability) do it.

5. Accept Change Because There Aren’t Any Options

It may sound contradictory to suggest you accept change when what you want is stability, but that’s the way the world functions—it keeps moving along whether we want it to or not.

The stability you crafted will most likely get a little nudge. Be prepared to accept being thrown off-balance. The solution? Adaptability, it’s  an important ingredient in successful and joyful aging. So sit back quietly on your meditation cushion but know if you live in a city, you’re tranquility will be disturbed by a siren or persistent telemarketers.

Be prepared for life becoming a bit more unstable by having alternative plans in your back pocket.