The Need for Stability: Part II-Its Role in Chronic and Progressive Illnesses 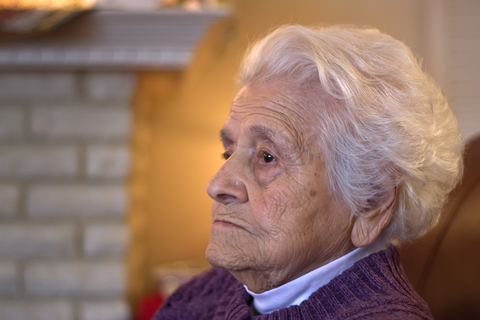 With chronic illnesses, people compare what they are currently able to do with what they were capable of doing in the past. Even if the illness doesn’t progress, it introduces challenges as the person interacts with others and encounters new situations.

A client’s cancer was in remission, and the doctor assured her the likelihood of it progressing was infinitesimal. He jokingly said she had a greater chance of being hit by a bus than dying from cancer. His attempt to use levity to reduce her anxiety was neither appreciated nor successful.

There were two things that made her life unstable. The first was if the doctor was right, she would be around for many more years. That meant with most new experiences, she would need to factor in her chronic condition, anticipate how people would react to her limitations and re-evaluate her self-perceptions.

The second problem involved questioning her doctor’s judgment the cancer would remain chronic rather than progressive. Many people with chronic illnesses create scenarios where their illness progresses, despite the opinions of medical experts.

These “what if” constructions introduce instability regardless how distant their dire images are from what is occurring. A mild form of arthritis slightly reduced a friend’s mobility only on damp days, Yet he constantly feared losing his construction job, despite agility far superior to co-workers half his age.

With chronic illnesses, the concerns are not only about current capabilities but also future ones.

As a hospice volunteer, I saw people find comfort in holding on to memories, activities, and objects that introduced stability—even momentarily—into their lives.

We often harshly judge behaviors we don’t understand. They can involve someone’s ingratitude, anger, or actions we label as foolish. One patient insisted on having a game show on every day although he rarely looked at the television monitor. Another patient wanted two scrambled eggs every morning precisely at 7:15 am. A caregiver I counseled was beside herself when her husband became outraged when a piece of furniture was moved in his bedroom.

People with progressive illnesses or close to the end of their lives can experience change at a frightening pace. Although the observer may not see much difference between their capabilities day-to-day, what they experience may be tumultuous. Change is not limited to outward abilities. It also involves psychological transformations.

The patient who insisted on having the same breakfast every day at 7:15 was experiencing a continual loss of cognitive functioning as his brain tumor grew. His insistence on a specific routine was a way of introducing stability in a rapidly deteriorating condition.

Families and healthcare staff can misinterpret older people’s behaviors or the behaviors of people who are near death as the inexplicable result of a dying brain. Sometimes they are correct, but often the behaviors may be an attempt to regain a sense of structure in their lives.

With various forms of dementia and many terminal diseases, the ground—the base enabling people to know where and who they are—continually shifts, pausing occasionally to give a false sense that it’s frightening progression has finally stopped.

In the final part of this series, I suggest ways you can increase stability in your life or the life of a person for whom you’re serving.