10 Suggestions for Living: Advice from a Tibetan Hermit and My Mother 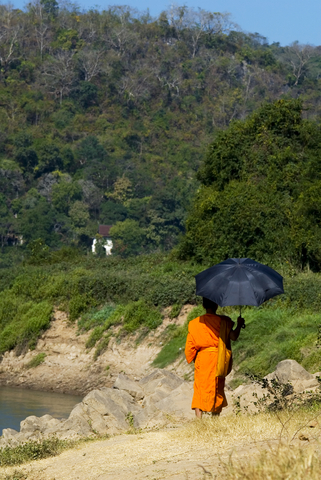 In the 19th century, the hermit Patrul Rinpoche wrote, Be like a cow. Eat, defecate, and sleep. Everything else is none of your business. After almost 200 years, this easily understood philosophy of life has evolved into complex (and sometimes bizarre) thoughts, bloated by want-to-be gurus, espoused by television personalities, and shrouded in mysterious words such as “presence,” “enlightenment,” “self-realization,” “holistic,” “meaningful,” and “authentic.”

When we read these words in books, or listen to friends and renowned speakers, there is always the assumption that everyone should know what the words mean. So, we often nod our heads knowingly, or say  “Oh yes, yes, of course that makes sense,” not having the foggiest notion of what the speaker means, but unwilling to admit our ignorance.

Occasionally, we also use the words, assuming that those listening to us should also know what they mean, and if they don’t, are just as reluctant as we are to question their meaning.

As a speech-language pathologist and university professor at San Francisco State University for thirty years, I respect the use of single words and short phrases to convey lengthy explanations. It’s so much easier saying “aphasia,” rather than “a neurological accident resulting in damage to Wernicke’s area of the brain.” But for fundamental issues of living, I prefer the simplicity of my mother and Patrul Rinpoche.

My mother, a first generation Polish immigrant, didn’t know what “new-age” meant and thought Buddhism was a term used to describe a strange form of sexual encounter. Her advice since I was a child was, “Be nice and don’t hurt people.” Not enough to fill a book, but a thought as profound as any in Patrul Rinpoche’s The Words of My Perfect Teacher.

And me? As someone who relished five dollar words for thirty years, I now side with my mother’s and a hermit’s reliance on words that can be immediately understood. The importance of simplicity was reinforced when, as a hospice volunteer in the San Francisco Bay Area, I saw what happens when communication becomes transparent.

As my patients came closer to death, I didn’t hear words that were carefully weighed or made ambiguous on purpose. In my experience, nobody who is near death searches for words to impress or obfuscate. They wanted people to know exactly what they are thinking and feeling. In eight years of serving those who were dying, I never heard anyone use the terms “presence,” “enlightenment,” “self-realization,” “holistic,” “meaningful,” or “authentic.”

Rather, what I heard were simple words and phrases such as, “I’m ready to die,” “I’ve lived a good life,” “I hope I made a difference,” and “Please forgive me for anything hurtful I did to you.” Within the simplicity of their words was a profound understanding of life and death, all expressed with twenty-five cent words.

Maybe it’s time to take a lesson on the importance of clearly saying what we mean and feel. So, here are 10 suggestions for living that don’t contain any buzz words. A few are mine, but most are from my hospice patients, a Tibetan hermit, and a first generation Polish immigrant.

1. If you throw hot coals at your enemies, you’ll burn your hands .

2. Give because it’s the right thing to do. Expecting something in return is a business contract.

3. Forgive the unskillful acts of others; they probably did the best they could.

4. Ask for forgiveness for your own unskillful acts. You probably did the best you could.

5. Don’t wait. We never know what will come first, tomorrow or eternity.

6. Compassion is a universal elixir that heals both the giver and the receiver.

7. Think less and do more. Life is known by doing, not through contemplation.

8. Welcome grief, it’s the price we pay for joy.

(To read my poem, You’ll Like It, that is related to this article, press here)