Thoughts as You Approach Your Death 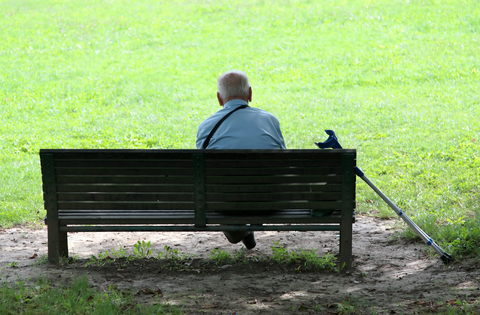 How do we “know” something? How do we know anything? Our primary sources usually involve written documents or the spoken word, with information ranging from ludicrously false to probably true. Yet, most of the time, even the most “objective” information has a slight personal twist to it, placing a layer between it and us. What we know in these instances is what another source has said about it.

Our “knowing” gains more credibility if we personally have witnessed or participated in something. It’s one thing to say “I read it,” and quite another to say “I saw it.” Most of my end-of-life articles for the past eight years falls into the “I saw it,” category on issues directly relating to death and grief. What I have witnessed in the deaths of my patients and the grief of their families often bears little resemblance to what some books and academics say I should be experiencing.

And then, there’s the type of information derived from experiences so personal that what you know reaches the level of “knowledge.” I’m often asked what people think as they approach death. Not weeks or days before, but very close to it. Until last night, I could only explain what I saw.

I woke at midnight with an incredible pain in my abdomen. A little Pepto Bismol, I thought, and I’d be fine. But I wasn’t fine. As the intensity of the pain increased and spread, I began having difficulty breathing and almost passed out.

“Should we go to the emergency room?” My wife, Wendy, asked. Based on my past reluctance to seek medical attention, I’m sure she expected me to say, “Let’s wait 15 minutes.”

Revelations for Before Your Death

After dressing and stumbling down the stairs, I laid on the couch and for the first time ever, thought I was dying. Did I have any of the amazing revelations some teachers and authors say the dying have? No. Did I think about my life: those things I regretted doing and what I wouldn’t achieve? No. What I thought about was the pain, nothing else.

Paramedics and firemen were in the house less than four minutes after Wendy called. Their reactions to my breathless words, gray pallor, and pained facial expression confirmed my belief that, indeed, I was dying. By the time I was in the ambulance, the pain was cyclical—a few minutes of ascending pain, a few minutes of descending pain. When the pain diminished, allowing me a window of rationality, I looked back at my life and realized my hospice patients had taught me well.

“If I die now,” I said to myself as the paramedics attached leads to my chest, inserted an IV, and spoke to the hospital emergency staff by radio, “I haven’t left much unsaid or undone.” For eight years I have been a midwife to death and witnessed what made some deaths easier than others. I learned the importance of forgiving those who did unskillful acts against me, asking for forgiveness from those I wronged, letting go of what no longer worked, communicating heart-felt feelings, and I trying to live my life with compassion and love. If I was to die, I had cleaned my plate of those things I observed made dying difficult. I realized my hospice patients had given me more than experiences. They had conveyed a knowledge about dying that had practical consequences.

“Is there anything I can do to make you more comfortable?” the paramedic said as the ambulance sped to the hospital.

“Yes. Either get better shocks for the truck or have San Francisco fill it’s potholes.”

As we laughed and bounced along the streets, my belief that I was dying diminished. After six hours and many tests, the diagnosis was uncertain: probably an ulcer created by continuously taking ibuprofen.

Reality About Your Death

We often fret and wonder how we will act in certain situations. Some have comparatively minor consequences, such as what we’ll say when something embarrassing we did is uncovered. Others are pervasive, such as how we will approach our deaths.

I was given a dress rehearsal—one that was frightening, but also enlightening. What I experienced when I thought I was dying was a confirmation of those things I witnessed that eased my patients’ deaths:

1. Forgiving the unskillful acts of others
2. Letting go of what no longer works
3. Giving unconditionally
4. Communicating from the heart
5. Being compassionate (if not, at least understanding)
6. Not afraid to love
7. Asking for forgiveness for your own unskillful words and acts.

Every death is unique. But these seven lessons are a good starting point. Above all else, don’t wait, that pain you experience might be more serious than an ulcer.