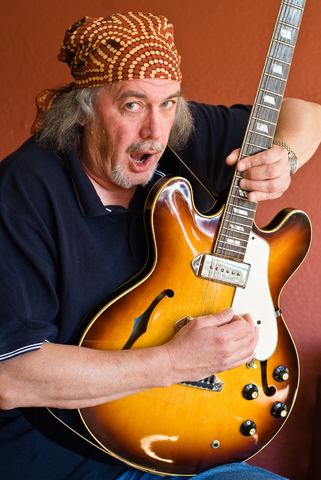 Meditators spend their lives trying to live in the moment. Yet it’s a state of being immediately available to anyone over 50. -S. Goldberg (2010) examiner.com, August 5.

It began when I dropped a ceramic pie dish for no apparent reason. Expensive, but replaceable. Not a big deal I thought, just my new clumsy self. But the next day when I tripped going up the stairs and sprained my ankle, I questioned that it was clumsiness. And when I fell off my bicycle, again for no apparent reason and tore up the left side of my body, I became concerned—really concerned.

I had served ALS patients (Amyotrophic lateral sclerosis, or Lou Gehrig’s Disease ) over the past seven years as a hospice volunteer in the San Francisco Bay Area and often wondered how I would react watching each part of my body losing it’s ability to move, leaving me with only my eyes to communicate. I did what most people do when they believe they have contracted a dreadful disease—I Googled it.

The last time I did an Internet “disease” search it was for prostate cancer. That search, seven years ago, was prognostic. I did have metastatic prostate cancer and wondered what what my future held. I feared that my current search would also be an “is,” not a “what if” search. Fortunately, I quickly realized with ALS, behaviors deteriorate progressively, not sporadically, as mine were doing. I rarely tripped on stairs, I hadn’t dropped anything since the ceramic dish, and I rode my bicycle a number of times since the embarrassing bloody accident. So what was going on?

After ruling out everything from muscular dystrophy to delayed effects of drugs used in college, I realized that it was simple inattention. Well, maybe not so simple. As we age, our processing abilities change. There’s nothing pathological about the progression. It just takes a little longer to coordinate bodily movements, process the information coming into our brains, and react.

Some people try to run away from it by using anti-aging creams, nip and tucks, Viagra, and personal trainers. It’s like doing body work on an older car whose engine is operating on one less cylinder than the usual number: It may look good after an expensive paint job, but it still can’t reach the top of San Francisco’s steep hills. You either choose a different route or use the “low” gear. I had no interest in changing activities, so I decided to shift gears.

At 65 I’m not as quick as I was at 30. I don’t drive as fast or ride motorcycles anymore since I know my reaction time have decreased. I don’t drink or eat as much as I did at 40, because my body can’t handle more than a glass of wine and a fist-size portion of protein without complaining. I’m still me, just a few degrees different. But my ability to understand the complexities of living remains intact. I’m able to give and receive love, and unless people haven’t been honest with me, I’m still humorous. My disease–inattention–affects other things: it gives my cognitive and motor systems hiccups—those strange little occurrences when you forget a name, use the wrong word, spill a cup of coffee for no apparent reason, or other unexplainable social embarrassments most people over 50 have experienced.

These “senior moments” are the inevitable consequences of aging. Some people push them away, viewing them as the precursor to old age or worse, death. I prefer to view them as gifts; little minor inconsequential events that say, “Pay attention dummy, or you’ll embarrass or hurt yourself.” If I had focused solely on bringing the plate to the table and not also thinking about what I was going to cook, my treasured dish would still be intact. If I was thinking about walking up the stairs and not focused on an annoying telemarketing call, I wouldn’t have experienced the pain of a sprained ankle. And if I was watching the road instead of trying to remember a song I recently played on my flute, my 65-year-old skin would have remained on my body, rather than adding a new layer to the road. It was inattention that was negatively impacting my life.

Think of your ability to function in the world as if it is an 8” apple pie. If you do something complicated, you may need 6”, leaving 2” for “other stuff.” As we age, the pie shrinks. We still may need 6” for that activity, but if we start with a 6” pie, trying to remember a song will result in me not noticing a giant rut in the road.
Living in the moment as we age, is not an option, but rather a necessity. Multi-tasking may be a way of doing two or more things simultaneously (research has shown it’s inefficient even for younger people), but it means we aren’t giving our daily activities the attention they require.

For 15 years I tried to develop that ability through daily meditation and attending weeklong workshops focusing on living in the moment. Yes, I was successful, but only occasionally and momentarily. When it happened, I experienced the bliss that occurs then you become totally involved in something to the exclusion of everything else. Musicians experience it during improvisation, writers when an idea carries them effortlessly forward, chefs as they create an unimaginable dish, and children when they use a new linguistic structure to express something for the first time.

Unfortunately, musical improvisation is something few people can do. Most people struggle with their writing. Even gourmet cooks are tied to recipes. And we’re no longer children. But, everyone will age, some of us sooner than others. And it’s aging, with it’s need to pay attention to what we are going that can give us the gift of living in the moment. If we don’t pay attention, we’ll fall off our bicycles, break dishes, trip on stairs, or worse.

Paying attention to the little things we do becomes infectious, gradually expanding to how we look at life in general. Focusing on an activity as it’s being done will repeatedly give us the experience meditators strive to achieve their entire lives, sometimes only accomplishing it when, like me, they have no choice.

(My poem, Tidal Movements which is related to this article can be read by pressing here.