The Pope, Aging, and Me 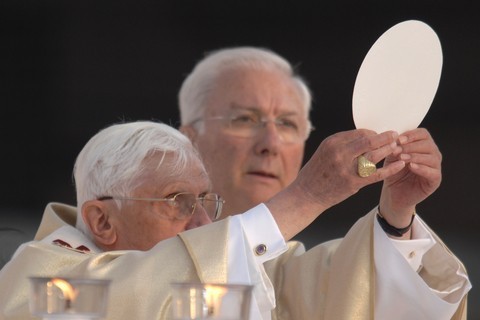 My Catholic friends are apprehensive about Pope Benedict’s resignation. Who will be the new Pope? Will he pull the church more to the right or left? Will the new Pope become more forceful in addressing the abuse of children? For me, a non-catholic, the Pope’s resignation contains a humanistic and universal lesson: the grudging acceptance of aging.

At sixty-seven, I would like to think I have the physical strength I had at forty-years-of-age. Unfortunately, I’m forced to confront my self-deception when I struggle to lift a single case of bottled water. Ten years ago I carried two at a time. Fifteen years ago I played four-wall-handball with guys in their thirties and was energized even after playing for two hours. Now, I look for men older than me, and I am thankful when I have the strength to 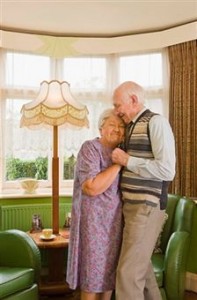 play a second game.  As a university professor, multi-tasking was a way of life, and I usually could anticipate what a student was asking after the first few words of a question. Now, holding onto a single thought can at times be challenging, and anticipation usually leads to awkward misinterpretations. These changes and many others are like that annoying person who you have avoided inviting to your party, shows up anyway, and after alienating everyone, announces she is your best friend.

It’s easy to accept aging when we think of it as something that will eventually happen. It even can be as humorous as a joke on Saturday Night Live or a self-deprecating scene on a television Sit-Com. But the humor evaporates when it moves from something that happens to other people, to what is happening to you. It becomes most poignant when it results in changing your identity. 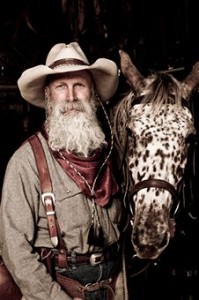 Identities are based on how we view ourselves—our abilities, roles, values, needs, and beliefs—whether that person is Pope Benedict or me. While the components of our respective identity stews differ, the Pope and I face the same dilemma: change one significant thing and the flavor changes. Change too many things and what was minestrone soup becomes vichyssoise. Who we are consists of a complex amalgam that is unique, and like a good Texas chili, has no specific recipe. If unimportant components of our identity are lost, few things may change. Losing the ability to add numbers in my head is not significant since I can rely on a calculator or the bank teller. But I become a different person if I view the loss as an indispensable part of who I am. Hats off to the Pope for realizing the same thing.

We Are What We Do and Believe

Some people maintain that everyone has a “core” that never changes despite what we believe in or do. The reasoning goes like this: All we need to do is strip the non-essentials away, and there it is; our unchanging, universal soul.  Ah, if life were only that simple. But we are what we do and believe. The person who was an acclaimed professional football player ten years ago is not the same person now as he experiences the cognitive problems associated with a brain injury. The husband who relied on his wife for being socially appropriate, is not the same person who now, without her, stubbles through cocktail parties always wondering if he’s being politically correct. And it’s a rare caregiver who views her chronically-ill husband in the same way she did when they were first married.

Probably, one of the most important ways of accepting aging, is to understand that changes in our identity will continue to occur, right up until we die. The Pope today is not who he was when elected by the College of Cardinals. And who we are today is not who we were five years ago, and not who we will become next year.

Identities are dynamic, ever-changing entities. As our minds and bodies wind down, death is no longer something on the distant horizon, but rather an approaching appointment. And that realization changes who we are. I applaud and marvel at the Pope’s decision. Here is a person who holds the most powerfully autocratic position in the world and could remain in it, without challenges until he dies. Yet he recognized that he can no longer function effectively because of aging. Maybe I can now graciously accept the 20-something’s offer to give me her seat on the bus.

Visit the KQED Archives, where you can hear me read a shortened version of this article and nine other Perspective pieces that I recorded.