The Good Death: Views of Academics and Trench Workers 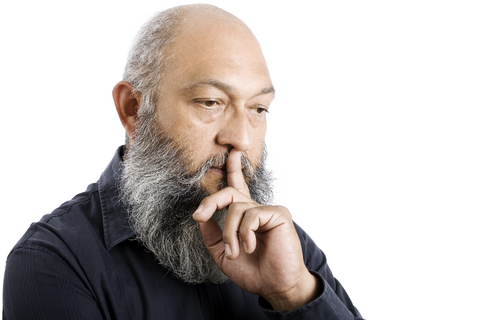 The earliest reference I could find to “the elephant in the room” story was by the wonderful 12th Century Persian poet Rumi. He wrote about wise men in a darkened room trying to describe an elephant in it. Since they had never seen such an animal, their description would be based on what they touched or smelled. I felt I was transported into that room during a recent international conference on death and dying.

An Academic View of the Good Death

A select group of scholars and practitioners from around the world were invited to present papers on making sense of death and dying, specifically, what would constitute a good death. I straddled both groups. As a hospice bedside volunteer, I’ve been a practitioner for the past eight years. But for twenty-five years before that, I was an academic, not in the area of end of life issues, but rather in communicative disorders at San Francisco State University.

I was hoping that this distinguished group of people would forge together something that was firmly grounded in reality, but framed within a unifying theory of death and dying. But that did not happen.

Academicians spoke about death as if it was something distinct from reality. Concepts of “authenticity,” “independence,” “the good death,” and “autonomy,” were discussed as if  they were philosophical issues looking for a home. Some practitioners. including me, questioned the relevancy of these concepts for understanding either death or dying.

For example, a patient of mine in the San Francisco Bay area who could no longer feed herself wasn’t concerned about “autonomy.’ She wanted to know that her husband was alright wiping the drool from her chin. “Self-image” for another patient who lost the ability to control his bowels didn’t involve esoteric issues of self-worth. His concern was how his wife reacted to changing an absorbent brief and cleaning his bottom.

“The good death” for those I served involved the fulfillment of needs that were as diverse as the patients I attended, and totally foreign to the concepts presented by many of the conference’s academicians.

As the discussions continued, I hoped that those who had very little contact with dying people would come to realize that their starting point of understanding was, to paraphrase Korzybski, the 19th century Polish philosopher and linguist, relying on a map to describe the territory of death and dying. But based on the questions asked of presenters, I didn’t feel that was occurring. What I heard were attempts to squeeze the reality of death into concepts as if it was a person attempting to fit into a pair of jeans that was three sizes too small.

And conversely, the questions asked by presenters who were practitioners (including me) indicated that we thought many of the concepts lived in universe parallel to what we experienced on a daily basis. I don’t think there was a collaboration of ideas. Academicians probably believed that those of us in the trenches couldn’t see the “bigger,” more sophisticated picture. Those of us who helped people die, wondered how it was possible for anyone to talk about death from a theoretical perspective.

The Reality of a Good Death

There is nothing theoretical about death and dying: It’s always individual, in-the-moment, and unique. Theorizing about it may be appropriate for academicians, philosophers, Priests, Rabbis, Mullahs, Ministers, Buddhist Nuns and Monks, and those whose belief in a religious or spiritual tradition is unassailable.

But if you want to know, really know about death and dying, spend time with someone who is experiencing it. Not quite the same level of knowledge as being directly involved in it, but significantly more relevant than theorizing.

Death is not a singular event. It spans time and pulls people into its inevitable progression. Reactions of people who are dying, whether it is to issues of self-identity, independence, or a good death, are always in relationship to how other people are reacting to them. Death is a community, temporal event, and of necessity, messy. Approaching it as something that can be logically analyzed and confined to just the person who is dying, is delusional.

(To read my poem Through an Old Sealed Window, that is related to this article, press here.)