My Brain is Fried: Inside Chronic Illnesses 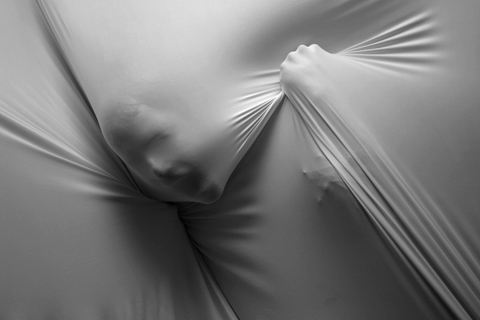 Many people believe that everyone lives in the same world. At an event, we all see, smell, taste, or touch the same things, and therefore, our experiences are identical.

But when we crunch the information into something that goes beyond observations, unique worlds—ones we may not understand—are created. For example, two people are listening to a Thelonious Monk CD. The first person, whose favorite musician is Lawrence Welk, hears discordant random notes. The second person, listening to the same cut, is a professional jazz musician and hears an incredible tune embellished by wonderful chords. The same event, but very different perceptions.

As you try to understand people with chronic illnesses, think about the Thelonious Monk- Lawrence Welk example. It doesn’t make sense to talk about an independent reality that’s the same for both you and the person you’re trying to understand.

Unique filters continually shape everyone’s experiences in accordance with their needs, fears, and beliefs. A patient once said to me, “I never know how long the pain will last, nor when it will begin again. No matter what I’m doing, I’m either waiting for it to go away or to start.”

The presence of an illness, either stable or progressive, shapes almost everything that is experienced. The constant presence of something that is life-altering effects people in more ways than non-chronically ill people may understand. The physician objectively talks about the minor changes required by his patient as his strength diminishes. You hear what you’ll need to do to compensate for living with your loved one in a two-story house. Your loved one hears that his life is over.

We often argue with friends and loved ones that their interpretation of what they heard or experienced is not “real,” or they are over-reacting to a situation. We are telling them what they should feel, rather than what they do feel. We are telling them that despite the effects of their chronic illness, their perception of the world should match ours. It doesn’t, and it can’t.

When I was still at San Francisco State University, I treated a young woman who had a stroke and recovered most of her speech and language functioning. To someone who didn’t know her, there were no outward signs that her ability to organize the world was severely compromised.

“Maybe I should wear a sign,” she said, “something like My Brain is Fried.” She went on to tell  me that her “non-chronic” friends continually interacted with her based on how they thought she should experience the world. They would choose restaurants that were noisy, because for them it meant this was a “happening place.” Noise for my client meant it would be an evening of confusion, frustration, and humiliation when she would pleasantly look at someone who was speaking, smile, nod her head, and have no idea what was being said.

A hospice patient expressed similar differences between the world of people who didn’t have chronic illnesses and those that did. He said that as portions of his memory disappeared, he struggled to hold on to his short-term memory. While in the past he could keep a multitude of dates in his mind, now, even with writing them down, he forgot them since he wouldn’t remember to look at his calendar.

When he was chastised by a relative for forgetting an important date, he realized that few people understood how his life was transformed by a chronic illness. His inability to remember was interpreted by the relative as being irresponsible.  For my patient, forgetting the date meant that his chronic condition was progressing. Same event, different reactions. Same event, different worlds.

So the next time you are perplexed by the “over-reactions” or “bizarre behaviors” of someone with a chronic illness, don’t assume that they were being inconsiderate or thoughtless. It just could be that you don’t understand how their illness shapes their world view. You’ll be amazed how far a little compassion, acceptance, and a lot of understanding will go.