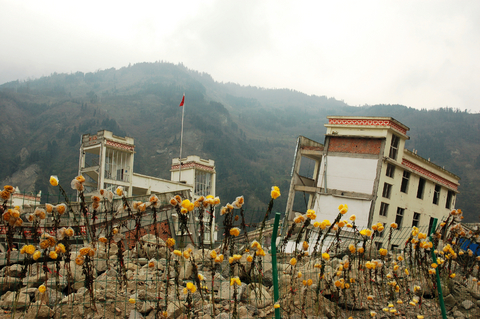 In 2009 I wrote, When the Ground Shakes, an article in which I described finding my mother coming out of a forested area holding a bunch of sticks and twigs. In response to my question of what she was doing, she replied, “straightening out the forest.” Now, twenty years after I was mystified by her behavior, I find myself doing the same thing.

In Aging and Identity Part I, I maintained the role of identity may be critical in understanding how we react to aging; including the many desperate decisions we make, such as an obsession with appearing youthful, painful tummy tucks, and foolishly engaging in a multitude of activities our bodies are no longer capable of doing.

In this article, I’ll suggest a few strategies for dealing with a changing identity. While this article isn’t long enough to examine all of them, a possible future book on aging might be.  In the last of this three part series, I’ll offer suggestions for those who are confused how to deal with us “older” folks.

In many ways one major difference between those of us who reached the zenith of our lives and those who see it only as a distant point in the future, is whether our world is expanding or contracting.

Think of life as a continuum between birth and death that determines the context in which we live, love, and anticipate the future. Being laid off when you’re thirty-five doesn’t have the same importance as when you’re fifty-five. Context becomes the map which places us in the world and defines the meaning of what we do. Without a context, being laid off would have the same significance to the fifty-five-year-old as someone who is twenty years younger.

Suggestions: Adjust your goals to the world you are living in, not the one you prefer. As we age, we can lament the limited possibilities left for us, or select reasonable goals. I can continue playing handball despite the pain, or I can delight in the possibility of gradually increasing the number of miles my decrepit hip allows me to ride on my bicycle.

We add layers to our identity with each passing year. We become husbands, workers, friends, artisans, and the many things we synthesize into our personas. We become what we believe, think, do, and identify with. I’m a husband, father, musician, wood sculptor, ex-university professor, etc. That’s how I view myself.

There’s a popular point of view that roles are not our “true” selves, but rather layers hiding who we are. I think anyone who lost a life-long partner, an athlete with a crippling condition, or a person in the early stages of Alzheimer’s would beg to differ. A “layerless” life might sound philosophically pristine, but has no reality for people who live complete lives.

Some roles are more important than others. With age, we begin losing them, and as a result, parts of our identity. A wife might die, a body that once ran marathons may no longer be able to walk around the block. The vision necessary to carve delicate faces in hardwood may now only be adequate for simple shapes. With age, there are losses. With significant losses, identities change.

Suggestion. The aging process is inextricably tied to losses. Some may not be significant, but others become part of our identities. The corporate executive who experienced a stroke, was not only forced to retire, but now perceives himself differently. Instead of trying to replace what was lost (e.g., a position, wife, etc.), look for sources of the emotions it generated in you (e.g. love, contribution, etc.).

The Chinese curse, “May you live and interesting life,” becomes more likely as we age, with  significant past events shaping our thinking. The most tragic event a five year old experienced may have been getting lost in a store; a ten-year-old not chosen for a baseball team, a fifteen-year-old being dumped by his girlfriend, a twenty-year old being fired from his first job; a thirty-five year old discovering his wife is having an affair, a forty-year old losing a parent, a sixty-five-year old losing a partner, and a seventy-year-old receiving a terminal diagnosis.

Each changes how we function. Cumulatively, the “interesting” events in our lives fundamentally change who we

are. We live the present within the context of our past. Not in some Freudian way, but rather as a dynamic ball of neurons storing every experience we ever had.

While some may lead charmed lives, bathed only in delightful experiences, most of us can look back and identify events that shaped our lives and still live with us as “buttons” manipulating our lives as if they were independent entities.

Suggestions. We can’t escape our history, but we can become aware of how it shapes our present. That strange anger you experience when being criticized may become understandable by looking back how you reacted to judgements. The annoyance with a young person offering to give you her seat on the bus may be a reflection of your life-long fear of becoming dependent.

Thresholds are points where things go wrong. When I was much younger, I could simultaneously engage in many activities. As the head of a university program, I was responsible for supervising faculty, staying on top of the latest research, ameliorating student-faculty conflicts, and handling the nonsense associated with academic bureaucracies.

But that was more than fifteen years ago. As I aged, I realized I no longer was able to successfully “multitask,” something current research indicates isn’t an efficient strategy for anyone, and especially difficult for older people.

Our thresholds are lowered as we age, despite our belief they remain the same. I remember driving with a friend and saying that I no longer rode motorcycles or drove over the speed limit since I knew my reaction time was reduced. “Mine are just as good as they were when I was in my twenties,” he said, as the car inched its way across the highway’s center line.

Suggestion. You will never have the reactions of a twenty-one year old, nor possess the tolerance for chaos you had in the past. You can either pretend the changes haven’t happened and make yourself miserable, or structure your world so you approach your thresholds less often.

THE NEED FOR STABILITY

One often hears derisions about older people becoming “stuck” in life, not wanting to try anything new. I learned many lessons from my years as a bedside hospice volunteer and caregiver trainer. One of the most important is the need for structure as the world is pulled out from underneath you.

Everybody has an inherent need for stability. I believe the older we get, the more it’s needed. Parts of who we are and the world we are familiar with is changing; sometimes at a frightening pace. Despite many people saying they welcome change, just like an endless supply of cheesecake, sometimes there can be too much of a good thing. 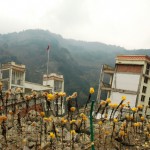 Suggestion. A simple routine can provide the stability necessary for functioning in a world becoming as spongy as Jell-O. One patient I served whose physical condition was rapidly deteriorating insisted on having a bowl of oatmeal every morning at precisely 8:00 am. While his family thought it was just a quirk of a dying man, he explained to me structure enabled him to feel less anxious as he continually lost parts of his identity.

Aging isn’t necessarily as bad as the purveyors of a youth culture maintain, nor as joyous as some authors pretend. Aging is just another condition of living, as natural as birth and death. A formula for disappointment is pretending it’s better or worse than it is. But a gateway for meaningful aging is understanding its affects on identity.

In the last of this three-part series I’ll offer suggestions for how younger folks can react to our changing identities in a way that takes in consideration their concerns and our needs.