We move in a world created by our history and often pretend the past and present aren’t connected. A partner becomes annoyed at what we do or say, and we can’t accept the notion that their annoyance is our fault. They say something we find hurtful and don’t recognize that their words are connected to past experiences. We give advice in the form of “If that were me….” and don’t understand why it’s ignored or viewed negatively.

The delusion that life exists within a vacuum without connections to the past is lauded in the belief that a “fresh start” is always possible; that we have the ability to wipe clean the slate. Admonitions such as “that’s the past,” does little to diminish present day effects of old unskillful words and behaviors. Just as the turtle does with his shell, we bring our history with us into everything we do—unless we have perpetual amnesia.

As I age, I see that many of my current behaviors connect to my past. I know much of my writing on discrimination is based on my experiences growing up in a small, anti-Semitic town in Eastern Pennsylvania. If my life as a child had centered around a privileged social position, I know I currently would be focusing on different topics.

Our history not only consists of those things we have experienced, but also the losses we have suffered—emotional, physical, and cognitive.  Those losses that are significant—ones that defined our identity—are rarely just accepted and put to bed without any further thought. They become “issues” that ferment like a wound that won’t heal. A family caregiver once said to me when talking about the death of her daughter, “I knew I’ll never get over it. The pain just transforms itself into different things.”

How We Process Information 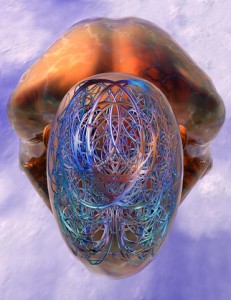 We may have a better understanding of why we do what we do, by thinking in terms of how we gather, process, store, and use information. And conversely, why other people choose to do things we may think are wrong or bizarre.

People often think of brains as bigger versions of laptop computers. But there are vast differences between how the two work. The brain never quite “fact-checks” the way a computer does. You write an email with a specific address and your internet server “decides,” whether to accept or reject it. You then receive one of two messages: “email sent,” or “no such address.” The feedback is simple—you either typed the address correctly, you typed it incorrectly, or the address no longer exists.

Nothing is quite as straight-forward when the brain processes information. For example, someone you love says “You aren’t sensitive to my needs. You never listen.” The brain says, Okay, I know what the words mean, but is that true? Is that what I remember doing? Am I capable of being insensitive?  It compares the incoming information with its historical memory—experiences and beliefs.

If the information is totally new (very rare), the brain just stores it with minimal distortion for future use. But, if it’s not new, or is a modification of what’s already been stored, the brain views it through a complex filter of experiences, beliefs, and needs. It does this to attach “meaning” to it.

Unless you have Alzheimer’s or other forms of dementia that stop access to memories, you’re stuck with perceptual filters that can bend the meaning of the message. And what makes the interpretation even more difficult is that you may not have any idea why your behaviors were interpreted as they were. 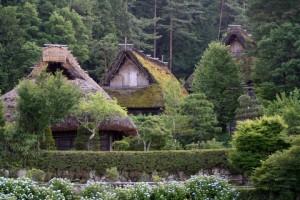 The World According to Rashomon

Since all perceptual filters are unique, we live in a world of multiple realities where what I think of as “the truth” is just as colored as what someone else believes. In the 1950’s movie Rashomon, written and directed by Akira Kurosawa, four characters describe a gruesome death. Although the four had witnessed the same event, their descriptions of what happened were substantially different. Many people would reject the possibility that all four were telling the truth. After all, they all were involved in the same event and heard, touched, smelled, and saw the same things. But “truth” in the movie starts to change when information is crunched through each individual’s unique values and needs.

In the 18th century, philosophers spent countless words arguing about “truth” and “reality.” Some believed that there was only one reality, regardless of what anyone believed. Others maintained that truth is relative since everybody sees the world differently. While that discussion was largely academic, the importance of understanding why people may see things differently has real world consequences.

The bottom line? The next time you are in an argument with someone and begin to evaluate their words and behaviors in absolute terms, or think of saying “If that were me…”, remember, you’re looking at it through your own set of distortions. To some extent, we all are actors in Rashomon.