When They Come For You: Equal Rights 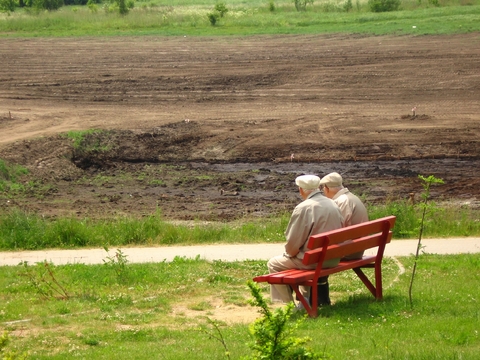 More than 15 years ago I was asked to sit on a contentious committee at San Francisco State University that was given the task of recommending curricular changes that would sensitize students to cultural differences.

Suggestions were brought to the committee at its first meeting by faculty members. Ethnic Studies faculty made proposals for including what they believed were fundamental concepts related to the cultures of African-Americans, Asians, and Hispanics. Each speaker made an impassioned plea for why all students should be sensitized to these cultural values. And by the head nods and smiles it was clear that the audience believed in the importance of what was being said.

Are All Human Rights Equal?
But a strange thing happened when faculty teaching courses in Women’s and Gay studies (the names used at that time) presented what they believed were important for sensitizing students to the issues of the populations they represented. “Gall” would be an appropriate word to describe the tone and words used to describe the outrage of the ethnic studies faculty. They asked how it was possible that women and gay issues were comparable to ethnicity.

What began as a rational academic argument rapidly descended into a “me first” discussion, especially when it became clear that there could be only limited modifications made to the general curriculum. Critical comments about the value of Women Studies and Gay and Lesbian studies continued until the representative of the Disability Rights Office asked to speak.

Instead of arguing for the legitimacy of including Gay, Lesbian, Women issues, and Disability, she decided to take everyone through a typical day of a quadriplegic, beginning with the most basic of personal needs that few people cared to hear about, to understanding what she felt in a room of people all standing, physically looking down on her. When she finished, she asked if there was anyone whose own ethnic culture dictated their lives more than her disability determined everything about her existence. There was no response.

Unfortunately, the committee, as so many other university institutions, eventually descended into rhetoric and predicable quotes. But that was 15 years ago and we’ve come a long way in understanding that dividing human rights into those that are supportable and those that are not, is ludicrous. Right?

Hypocrisy From Those Who Should Know Better
Not really. I feel we are at the same point now we were 15 years ago. The only difference is that the actors have changed. We are now having a national discussion on what are “legitimate” human rights, and what are illegitimate ones.

Some African-American ministers who stood with Martin Luther King in fighting for the civil rights of African Americans are condemning President Obama’s support for LGBT rights as something that violates their fundamental religious values. These are some of the same people, who standing next to me condemned the governor of Alabama in the 1960’s for asserting that integration violated a deep sense of southern cultural and religious values.

Some Hispanic activists who I rallied with in Pittsburgh, Pennsylvania for the fair treatment of farm workers in the 1970’s, are now vehemently opposing equal treatment for Gay and Lesbian couples, since, they maintain, equality for gender issues are somehow different than economic ones.

From the parents of disabled children whose equality of human rights I fought for against the callousness of some public school administrators in Illinois and California, I hear views that Gay and Lesbian marriage is something having nothing at all to do with what they and I have been trying to achieve for their children.

Where is the acceptance of Gay and Lesbian marriage by International Jewry, who pleaded with the world to affirm their right to exist and be treated with all of the human rights given to all other ethnic groups—and now vehemently oppose or remain silent about equal rights for Gays and Lesbians?

And what about the Conference of Catholic Bishops who for years quietly shuffled known pedophile priests from parish to parish until their complicity was exposed, and now condemn people who only want to openly love each other as Jesus asked his followers to do?

Are there exceptions? Of course, but I find the silence to be deafening of people I’ve respected in the past who championed civil rights. Who don’t I point the finger of hypocrisy at? Ironically, the evangelical right, who have never deviated from believing everyone should live as they do and don’t see the folly of selectively pulling sections from the bible to support their positions while ignoring others that contradict them. So to the far evangelical right, I offer my admiration for not being hypocritical, while historically holding onto unchristian, hurtful positions.

When They Come For You
As I try to understand the hypocrisy of the opponents for equal rights for my LGBT friends, I remember a poem that was traced back to a speech given on January 6, 1946 by Martin Niemöller, a protestant pastor and social activist in Frankfort, Germany. Since this original version, there have been many modifications, but they all point to problems that are created when we begin qualifying human rights.

When the Nazis came for the communists,
I remained silent;
I was not a communist.

When they came for the Jews,
I remained silent;
I wasn’t a Jew.

When they came for me,
there was no one left to speak out.

I wonder if my thirty-three Polish relatives would have been sent to Auschwitz and murdered if people had the courage to speak out. And even if they still would have died, think about the legacy these brave people would have left for their families, instead of one that currently looks at Poles as complicit with the Nazis genocide.

I’m I saying that Nazi collaboration is the same as remaining silent on issues of gender rights? Not necessarily. But I believe we have entered into a political and ethical milieu where acquiescing to the belief that human rights are divisible, may be the first step in “picking off” the most vulnerable in our society by those who want everyone to live and believe as they do.

And as Niemöller so elegantly stated, if we wait until it’s our human rights that are being threatened, there may be nobody left to speak out.