The Melody of Our Lives: A Lesson in Grieving 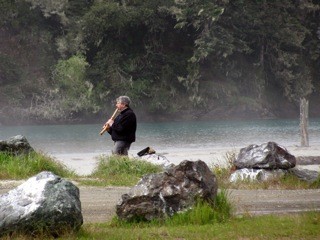 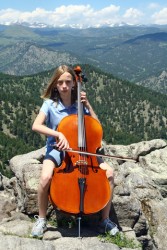 When I attended a workshop on the Native American flute (NAF), I didn’t realize that the lesson I would receive was one not only applicable to music but also to grieving. “Play the contour of mountains,” the instructor said.  “It will open up your music and let you hear the inherent melody of nature.” The technique involved playing notes as if they were following a mountain ridge: raise the notes as the ridge ascends, lower them as it descends, and adjust the duration of the notes by how long the elevation stays the same: short peak—short note, plateau—long note.

Since my playing at that time was, at best, mediocre, I limited using the technique to playing a picture in my office of mountains. So when my wife and I scheduled a seven day hiking trip with friends in the Sierras, I thought it was time to try the technique with the real thing. I brought a NAF and a shakuhachi (Japanese bamboo flute) with me.

At sunrise, I took both to the top of a hill and with the NAF began matching the notes to the contours of the mountains that surrounded me. It was a spiritual experience. I thought if this works with the NAF, why not with the shakuhachi? I tried playing my shakuhachi and what came out was awful. I realized there was a mismatch between the instrument and the technique. It was then that I had a Eureka moment.

I’ve come to believe that our lives, just as the mountains, have an inherent melody. Most of us spend a vast amount of time trying to discover it. And when we find it, we often believe that the activity or person is indispensable for experiencing the melody. We grieve the death of a partner believing no one can replace him; the loss of a friend with whom we had shared our deepest thoughts, who now no longer speaks to us; the deterioration of an ability that with age is a poor imitation of what we were once capable of doing; or that memorable experience we know can never be recreated.

For me, “it” was solo wilderness backpacking, an activity that gave me more pleasure than anything I ever did. And one, that as I aged caused tremendous anxiety for my family. Instead of the serene feelings I had experienced in the wilderness when I was younger, I began worrying about everything; from why my coffee wasn’t flavorful, to wondering if I would see my family again. I thought the joy I had experienced before becoming ill would never return. I tried playing the melody of my life with the wrong instrument. 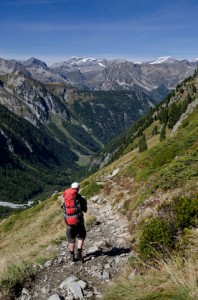 Walking a balance between grieving and joy

Grieving the loss of an ability, activity, or person is often related to believing that with the loss of something so precious, the emotions they generated in us will never again be experienced.  In my mind, what I felt in the wilderness and the wilderness itself were synonymous. I has taken me years to realize that I wasn’t grieving the absence of wilderness visits, but rather the emotion the experience created–solitude. When I separated the two, I understood that the search for a direct wilderness replacement was needlessly restrictive. I needed to find something that created the emotion, not the wilderness. I found what I was looking for when I closed my eyes and improvised on my shakuhachi.

The Melody of Our Lives

Just as most melodies are not limited to being played on one instrument, cherished emotions are not inherently related to how they were originally experienced, or even experienced over a lifetime. For example, a lifelong partner may never be replaced, but the emotions she engendered can be, and sometimes as it was in the case of a friend, through a decidedly different type of relationship.

They had been married for forty years, and each was the other’s best friend. They shared everything, and he felt that when she died, he lost half of himself. Following his wife’s death, my friend spent years looking for a new partner. After a number of disappointing encounters with women, he concluded that he would be emotionally unfulfilled for the remainder of his life. Since nobody could replace her, he believed her loss would shape his life until he died. By happenstance, he discovered hospice and found that the relationships he developed with patients gave him the same feelings he thought were gone forever. Same melody, but just a different instrument. 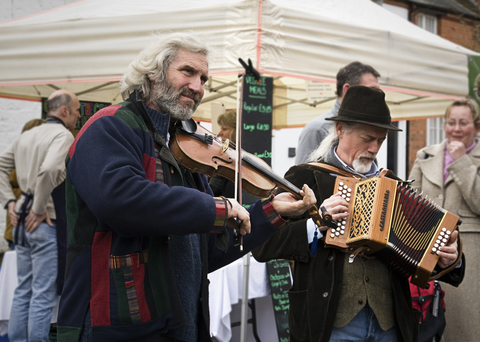 Learning to play for right instrument for grieving

As we age, the skills we have cherished our entire lives may diminish. We may lose the company of those we love. And activities once thought to be crucial for our happiness may now be just a fading memory. If we persist in trying to replicate them, our lives may become a series of  failed attempts to play again our life’s melody. But it doesn’t have to be that way. We just need to switch from the accordion to the violin.