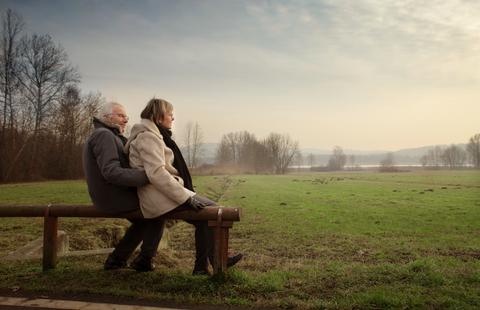 In 2011 I wrote Shoot Me Please: The Right to Die, where I described my reactions to a patient who asked me to help him die. I recently received a comment on the article by Jarad Hughes from the Compassion and Choices Organization that made me realize I never wrote anything about terminal sedation, also known as palliative sedation. Basically, it’s a medical procedure that renders unconscious a patient who is in intractable pain, until the illness takes the patient’s life. Not an comfortable topic to think about or discuss, but one that needs to be understood.

In this article I provide Jarad’s verbatim comments and my response to the concept of terminal sedation and the use of politically correct words.  I apologize for the length of this article, but the issues can’t be adequately addressed in twitter-length bits. I hope you’ll find it informative, or a least provocative. Be assured, I’ll go back to my 900 word articles next time.

Thank you for this thoughtful and choice-affirming essay on end-of-life choice and personal bodily autonomy. I am glad to read that you seem to be an advocate for patient-centered end-of-life care where the patient gets to choose the time and manner of their own death that is actively happening to them either contemporaneously or extemporaneously. However, the debate in the country is not over euthanasia – though our anti-choice opponents who number about 20% of the public – would have us all think so. It is actually over Aid in Dying.

I encourage us all to consider ones vocabulary used to describe what your first hospice patient was asking you to do more carefully. While he was asking the impossible (to resort to violent means to end his suffering with a gun) of you, why was he not then offered palliative sedation or VSED as an alternative and legal option since he was begging to end his untenable suffering and invoking the California Right to Know Law.

As a Californian and EOLC expert, I am sure you know that the Palliative Care Information Act which we passed some years ago now requires that patients who make such requests of their health providers and ask what their options are, are told about the full range of palliative care and treatment options they have at the end of life – including VSED and Palliative Sedation along with a host of treatments / interventions they can opt to discontinue (IE: pacemakers, antibiotics, heart medications, dialysis, etc) that are prolonging what would otherwise be a natural dying process. In fact, we are suing Vitas Hospice for breaking that law resulting in gross – I would personally say criminal – negligence and elder abuse.

You can read more about that case here:
http://www.compassionandchoices.org/what-we-do/in-the-courts/hargett-v-vitas/

None of these end of life / standard of care options are anything remotely defined as euthanasia – nor are they considered “assisted suicide.” We’ve issued a FAQ that is helpful in making these distinctions clear and is gaining traction in the media who are correcting pejorative and gross factual errors contained in headlines and articles.

As the public and policymakers discuss end-of-life options, it is critical to describe accurately the medical option of terminally ill people self-administering prescribed medicine to shorten a dying process they find unbearable. “Aid in dying” is the most neutral term to describe what advocates call “death with dignity” and opponents call “assisted suicide and / or euthanasia.

Thank you for your help in making sure our language is at least value neutral and in line with many nationally recognized medical associations’ – most notably the Nation’s oldest and largest public health association has affirmed since 2006. It states that “the term ‘suicide’ or ‘assisted suicide’ is inappropriate when discussing the choice of a mentally competent terminally ill patient to seek medications that he or she could consume to bring about a peaceful and dignified death.”

The APHA policy emphasizes “the importance to public health of using accurate language.” In 2008, the APHA adopted a policy supporting aid in dying. The policy acknowledges “allowing a mentally competent, terminally ill adult to obtain a prescription for medication that the person could self-administer to control the time, place, and manner of his or her impending death, where safeguards equivalent to those in the Oregon DDA are in place.”

Thank you for your kind words about the article and the valuable information. And you are right, I am an advocate for people determining when and how they will die; whether it’s in a hospice/medical facility, at home, or standing on the edge of a building feeling there is no hope.

I also agree that hospice facilities should provide patients with the full-range of options, including terminal sedation. However, before being too harsh on organizations that feel uncomfortable with terminal sedation, I think it’s important to look at context. When my first hospice patient asked me to shoot him 10 years ago, the notion of “hospice,” was still very frightening to the majority of US citizens. I believe it’s now only  frightening. I knew my patient wasn’t

literally asking me to shoot him, but wanted me to assist him in ending his life.The gut-wrenching reactions people had to the article or the section in my book Lessons for the Living, which goes into more detail, had nothing to do with the words I used. It was about choosing to die, no matter how it was described or what it was called.

As someone who was new to the hospice movement in 2003, I had no idea that terminal sedation was a possibility. And even five years ago it wasn’t something that I heard about in three of the four hospice organizations where I was a beside volunteer. Earlier, I mentioned “context.” I think it needs to be considered in two ways.

Context for End of Life Issues

The first is the larger context of society’s fear of hospice. People are still afraid of making a decision for themselves and family members to do only palliative care despite knowing that the end of theirs or their loved one’s life is imminent. Japan, South Korea, and Taiwan (countries where I’ve lectured) are still years behind us. Written descriptions of the hospice movement in Canada and the UK indicate that their population’s acceptance of hospice is greater than in the US. But the statistics on the number of people in hospice and their average stay are no better than the US. I know the worldwide interest in hospice is growing, if for no other reason than the sale of foreign language rights to my books in mainland China, Taiwan, Brazil and Indonesia.

I believe many hospice organizations are painfully aware that they are caught up a continual PR campaign about end of life issues. One small misstep can not only damage their own precarious financial position, but the hospice movement in general. For example Senator Grassly’s and Sarah Palin’s deceptive reference to death panels set the hospice movement back years.

The second context is an individual one–the patient’s immediate world. I know hospice organizations struggle with the question of when to talk about

terminal sedation. For example, would it benefit the patient and family to discuss it at the beginning of service, or when it becomes–in their minds–an appropriate option? I’ve served two patients who were given the option of terminal sedation and took it. It was an incredibly difficult decision for a 50-year-old woman in intractable excruciating pain from breast cancer, and a quick and easy decision for a 45-year-old man just beginning to lose functioning with ALS.

Does Political Correctness Lead to Change?

I’ve never been good at selecting politically correct words. Not now, nor during my thirty-five years of serving children and adults with disabilities, caregivers, or people facing their own deaths. My experience suggests that while using the correct words to describe something is laudable, it has minimal influence on changing people’s hearts. I’ve always thought the choice of words has little effect on how people act to something they are afraid of, or don’t want to understand.

Changing “handicapped,” to “disabled,” to “challenged,” hasn’t resulted in better living conditions for those identified by these labels. Relentless pressure from

social activists made the difference. While “living with dementia,” is more accurate then “an Alzheimer’s victim,” it hasn’t changed the social isolation anyone with a cognitive disability faces. Whether you call the right to have health care “Obamacare,” or “The Affordable Care Act,” almost 4 million people in Texas are still without insurance. Changing the terminology from “queer” to “homosexual,” to “gay” to “LGBT,” hasn’t stopped homophobia. In the 1960’s, it didn’t make a difference to people in Alabama if I was referred to as “a freedom rider,” or “northern agitator.” It was their fear of change that trumped labels.

But I do understand that the choice of words can be offensive and I will try to be more cognizant of using “aid in dying,” rather than “euthanasia,” or “assisted suicide.” I don’t think using the correct words is as the important as the valiant efforts of your organization and similar ones for shaping behaviors. Two of the many lessons my 10 years as a beside hospice volunteer to more than 500 patients has taught me, is that context is critical for understanding differences in lifestyles and decisions, and actions are more important than words for changing societal norms.

Take care and keep up the fight,