Let Go: Why You Should Prepare Today for Your Eventual Death 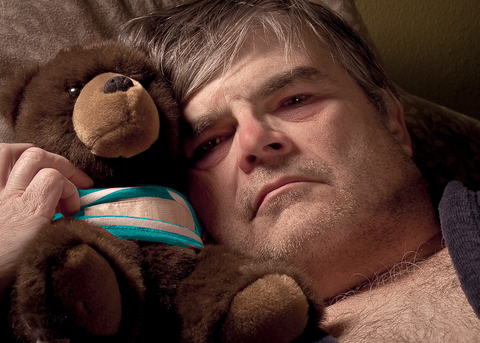 Thought of the Day

Maybe it’s the senseless violence of the last few days. Maybe it’s realizing my dance with cancer will end. Maybe it’s becoming tired of dealing with so many unimportant things. Regardless of the cause, I decided today is a good day to prepare for my death.

No, I’m not in any terminal state, nor do I have a gut feeling my life is in its final chapter–although at almost seventy years of age, it is. I ask myself as I project into the future if I want my plate as full when I’m dying as it is now. The answer is a resounding NO!

We rarely ask this question until there’s not enough time to do anything about it. In my hospice service and counseling of caregivers, I watched people struggle with this question when time and emotional energy could have been spent preparing to die or helping a loved on the journey.

So let me list six of many things I think are important to let go of, at least I hope it will be for me.

We live in a world where “more” is glorified. More money, more sex, more possessions, more acknowledgment, etc. The search for “more,” is endless. There’s a caricature in Buddhist mythology of a creature called the “hungry ghost,” with an enormous belly, an insatiable appetite, and a mouth the size of a pinhole. He can never get enough. Don’t continue being a hungry ghost.

Anger is one of the most useless emotions, robbing us of the ability to deal with life. It snuffs out our other emotions and pulls us back to past events we can’t do anything about. If you can’t let go of anger, at least try to understand what caused the unskillful acts generating the emotion. Not quite as good as letting go of it, but better than being consumed with the behavior’s injustice.

We often evaluate behaviors of others within our belief systems (e.g., “I wouldn’t do that if I were her.” And our behaviors are evaluated within belief systems we may not accept. Neither makes sense and can only lead to disappointment.

We often look at what is and hope it isn’t. We hope a situation isn’t quite as dire as it appears; the illness is a short aberration; the ingratitude shown us doesn’t reflect what the person feels. The playwright Jean Anouilh said “I like reality. It tastes like bread.”

People approaching death have a need to clean their plate of unfinished business: giving thanks, asking forgiveness, forgiving unskillful acts, expressing love, and tying up loose ends. Start today, and you’ll be more at ease when you’re leaving.

Withdraw When Nothing Else Works

A reasonable person may ask, “But what if I can’t do one or more of the above?” The simplest answer is to withdraw. Withdrawal isn’t running away or giving up, but rather adapting to a situation we can’t control. We tend to persist in many painful pursuits whether it’s writing the great American novel, wooing someone who will never be impressed by our personality or someone minimizing our heroic efforts. Let go of what you can’t change and adapt.