Dying Stands Logic on its Head 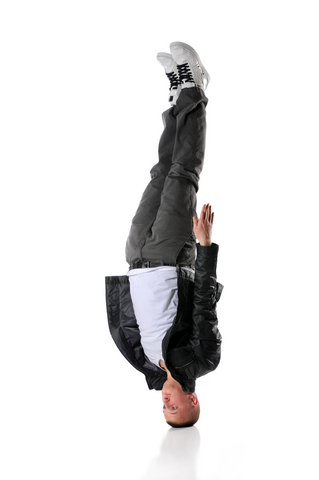 Consistency is not something I associate with dying S. Goldberg (2010) examiner.com, January 13

We often harshly judge behaviors we don’t understand. They can involve someone’s ingratitude, anger, or actions we label as foolish. I recently was guilty of the same thing here in the San Francisco Bay area with one of my hospice patients.

Her ALS (amyotrophic lateral sclerosis), also known as Lou Gehrig’s Disease, left her unable to move any part of her body except her eyes. She lived alone, other than her caregiver, and had no family. When I arrived for my weekly visit I saw workmen retiling her hallway and bathroom. She knew that she would be dead within a few months and would never have the opportunity to touch or walk on the expensive tile. The apartment would be sold after her death and the remodel added nothing to its value. The question her friends asked themselves and me was why?

After being a bedside hospice volunteer for seven years I’ve never seen two people approach their deaths in the same way. Publications that list steps in dying or the behaviors to expect are more general frameworks than descriptions of what actually happens. I’ve found each person’s final journey is different. Each step is taken in preparation for leaving—and that’s the key for understanding a person’s needs, whether it’s making amends for something cruel that they did or spending thousands of dollars on remodeling an apartment.

For some people the steps are straight forward. They say goodbyes, forgive and ask for forgiveness, finish up practical business issues, and reflect back on their lives. They have what is often referred to as “the good death.” The implication is that a death having these qualities is better than one that doesn’t. But over the years I’ve served people who refused to reflect back on their lives and felt no need to talk about their death although they weren’t denying what was happening to them. And their deaths had the same soft quality of those that were more reflective.

Many of the behaviors of my less self-reflective patients were often labeled “irrational” or “bizarre,” not because they were, but because family, friends, and caretakers didn’t understand them. I witnessed it in the form of one man with partial paralysis trying to walk unassisted knowing he was risking a serious fall. It was displayed in the purchase of a new Lexus by someone who knew he would never to able to even ride in it. And in my ALS patient’s extensive redecorating within days of her death.

Dying stands common logic on it’s head. People who are dying have little need for adhering to social niceties and acting according to what has always been expected of them. They are preparing to leave and almost everything is keyed to making their exit easier. My patient who gradually lost the ability to control any part of her body exerted a life-long need to control every aspect of her life by replacing tiles. The athlete who had run sub-three-hour marathons needed to stand one more time on his own, even if it led to a serious injury. The car enthusiast who always wanted to own a luxury car needed to fulfill that dream before he died.

So when you’re with someone who is dying, yes, expect all of the “usual” behaviors, such as goodbyes, forgiving the unskillful acts of others, and asking for forgiveness for their own transgressions. But also accept those behaviors that you might not understand. A new Lexus in the eyes of someone who is dying may be as important for them as asking a loved one for forgiveness.