The Best Gift You Can Give Yourself: Forgiveness 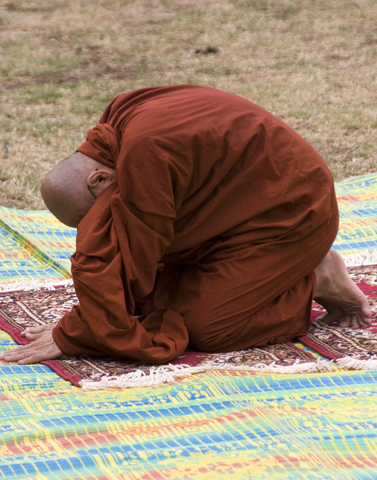 In this holiday season, we are obsessed with what to give people we love. Few of us think about what we can give ourselves. So here is a suggestion. One that will not cost you anything, other than the anger you have been preciously guarding for years: Forgiveness.

Tibetans have a saying, “You can throw hot coals at your enemy but in the process, you’ll burn your hands.” It’s an affliction of people who suffer from righteous indignation. Something was said or done that caused you great pain. Something so egregious you can’t offer forgiveness.

Think about a memory that is still painful. A relative or friend did something that you would never do. In the movie Avalon, every year an extended family waited on Thanksgiving for one elderly couple to come before cutting the turkey. When they were two hours late for the 20th time, a decision was made to start without the couple. When they arrived, the man was outraged that the turkey had been carved without them present. After indignantly saying “You carved the turkey without me,” a number of times, he left with his wife. Never once did he acknowledge that he had any responsibility in the offensive event.

You may be convinced that you bear no responsibility for an insult. Even if you are right, most likely the person did something that violated your set of standards or values, ones you believe everyone should follow. In counseling caregivers, I often heard “I wouldn’t have done that if I was her.” It’s a phrase filled with unrealistic expectations. Deep within the thought is the basis for understanding why something offensive was done: The tacit acknowledgment that you are not her. And by acknowledging the differences, you should be able to understand why the offense occurred.

When I was a bedside hospice volunteer, I saw the effects of clutching on to righteous indignation—anger. Quite often it affected the quality of a person’s life and death. One woman still felt anger over being slighted by fellow student teachers—50 years ago. A son couldn’t forgive his dying father for something the son said was offensive his father did when he was a child. Something so inconsequential  the son couldn’t remember the details of the event.

Why Forgiveness is so Powerful

Forgiveness is healing to the person who you think committed the offensive and you, the offended one. Shakespeare has Portia say in the Merchant of Venice, “The quality of mercy is not strain’d. It droppeth as the gentle rain from heaven upon the place beneath. It is twice blest. It blesseth him that gives and him that takes.”

So, take a moment and reflect on those who have offended you. Offer them forgiveness—whether or not you can contact them—and take an enormous weight off your shoulders. It’s a gift you can give yourself 360 days a year. Happy holidays to all.