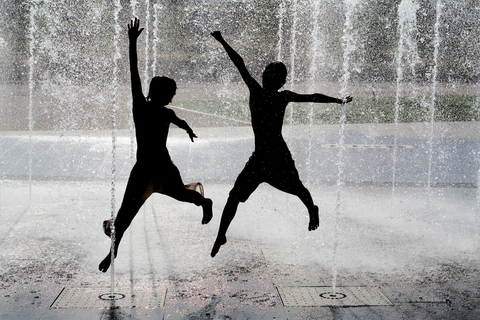 Many people pretend they bathe daily in the Fountain of Youth. While the delusion may be soothing for those who are aging, the gap between self-image and reality can have serious consequences as it did for me on the McCloud River.

A six mile stretch of this wild northern California river is owned by the Nature Conservancy. To keep the river pristine, they limit the number of people to ten who can fish on their property at any one time. The policy assures the experience will be memorable, but also guarantees that nobody will be in shouting distance if a problem develops.

As I looked out over the fast-moving water on a sunny July morning, I remembered stalking fish here twenty years ago, effortlessly walking on rocks as I searched for the telltale movement of a trophy-sized rainbow trout hovering behind a boulder.

Many physical changes occurred since my last visit. I had a less than successful hip replacement, Meniere’s syndrome (equilibrium problem) compromised my balance, prostate cancer treatments reduced my stamina, and yes, I was twenty years older. But I disregarded these “inconsequential” aging changes when I decided to fish this legendary river.

I arrived early in the morning, and began wading towards a riffle where I could silently cast my fly. My thoughts focused on catching and releasing trophy fish as I did in the past instead of watching where I stepped. I stopped reminiscing when I was knee-high in midstream. Rocks which once posed few problems were now as slick as an oil-covered road. I struggled, even with a wading staff, to keep my feet on top of football-sized rocks covered with algae.

I grew weaker trying to remain upright, eventually falling into the fast-moving water. Wet, exhausted, and humiliated, I stumbled for thirty yards to reach shore. Without the energy or balance to keep my feet on top of the rocks, they effortlessly slide onto flat gravel beds, and I remained upright until reaching the river bank.

Too tired to move on and too apprehensive to go back into the river, I sat on the ground feeling stupid for believing I was capable of doing something I did twenty years ago. Foolish for thinking the aging process was suspended for me. And delusional for ignoring the changes in my physical condition. 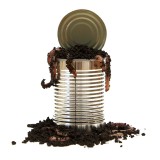 I thought it was time to swap my custom-made graphite fly rod for a $12 Walmart collapsible fishing stick; trade my carefully-tied fly patterns for a can of worms, and with other old men sit in beach chairs under a highway overpass, popping Buds and remembering “the good old days.” But maybe, just maybe there was a middle ground between what I no longer could do and what I viewed as “giving up.”

I realized the river had already provided an answer. “Adapt, dummy” the river said. “Allow who you’ve become to shape how you achieve goals.”

Adaptation is the use of strategies for being successful rather than doing something that preserves a self-image at the cost of success. Think of it as a detour. It’s using a calculator, rather than depending upon a mind damaged by a stroke for dividing a restaurant check. It’s relying on walking sticks for weekly hikes rather than cursing the path’s elevation. It’s checking your Iphone frequently for appointments rather than assuming you remembered them. It’s limiting your driving to daylight hours as night vision diminishes. And an endless number of other embarrassments each of us can list.

For me, adaptation meant I stopped struggling and allowed my feet to slide off the rocks onto flat gravel beds. I remained erect when I did that. And that was the lesson, not only for the rest of my fishing trip, but also for aging. Stop struggling and adapt.

With age, we have a tendency to do activities as we did them when younger, even though our bodies and minds are screaming for something different. We often persist because of vanity, disbelief in the aging process, or the hope by trying a little harder, success is possible.

Vanity could have been disastrous for me. Disbelief I was aging placed me in an unrealistic position. Hoping if I just tried harder I could remain upright, was leading me to a possible drowning. It’s the middle ground—adaptation—that worked on the McCloud and it’s adaptation that’s one of the keys to successful aging.

The take-away? Many of the things we cherish may become difficult as we age. Struggling to maintain them as if we were twenty years younger can lead to failure or disaster. Refraining from doing them will produce unhappiness. But modifying how things are done as we age, results in neither having to give up what we love nor struggling to maintain it.

I’m not ready to fish with worms and talk about a glorified but improbable past. I just need to allow my feet and life to land on firm ground.